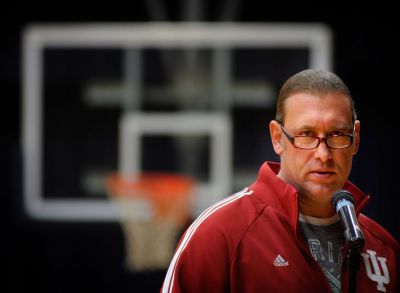 Todd Jadlow’s basketball career is over, but his best days are ahead.

Todd Jadlow played basketball at Indiana University from 1985-1989, and lived a life of privilege during a long professional career overseas.  Then, reality came calling as it often does.

Instead of answering that call with purpose and resolve, Jadlow ran to a bar and stayed there.

As he told us in a 42-minute interview on my radio show (3p-6p every weekday on CBS Sports 1430 in Indianapolis), it took a nightmare of successive DUI charge on the same day for Jadlow to begin to see life as an opportunity to help others.

Jadlow served a year in lockup, and another in rehab before embarking on a mission to bring others the wisdom the he earned through significant consequences.

Here are the 10 lessons we can learn from the trials and tribulations of Todd Jadlow:

10 – Google can be an unpleasant reminder.  When you are famous, people google your name.  When people google Jadlow, reports of his DUIs are front and center.  Despite Jadlow working exceptionally hard to answer the daily challenge his addiction presents, the reports never change.  “Remember Todd Jadlow?  Let’s see what he’s up to.  Holy s**t, look at that two DUIs in one day!”  That was years ago, and Jadlow has turned his life around, but Google doesn’t care.  It’s where the past remains present.  Life your life like you want to be remembered, because it only takes one very bad day to have Google define you forever.

9 – Excellence in sports is only a step toward a a full life.  The ability to put a ball through a hoop can be worth millions, but it is a hollow pursuit that carries no lasting meaning.  People’s lives are not improved through the entirely disposable joy that comes from throwing down a rim-shaking dunk or winning a game.  That Jadlow played basketball professionally as well as at IU gives him a platform to share his story in the hope those paying attention will learn without making the mistakes that took him away from his daughter in handcuffs.  That’s a hell of a lot more meaningful than being a member of the 1987 National Championship team.

8 – Some people just want to hang with the famous.  As a famous person, you will be introduced to people who become friends and you will have people collectors only interested in a close brush with a celebrity.  The currency of the latter is in the stories they get to tell.  Those stories improve when the famous person does something unique – like vomit, flash, pick up the tab, grope, or get busted.  Be wary of the collectors, who tend to look a lot like the friends.

7 – Embrace longterm goals rather than short track wins.  If your focus is what feels good right now, next week and next year are going to eventually be lonely and bleak.  Building trust in relationships and making an effort to help others reach their potential are real investments that bear fruit forever.

6 – Live everyday with purpose.  Preparing to live a life with relentless drive after pro sports is every bit as important as preparing to play pro sports.  Athletic gifts vanish, and life as the rest of us know it begins.  What a person chooses to do when they can do anything is what defines us, and it takes most athletes a while to find their next purpose.  For Jadlow, the initial choice was to continue the party after the party ended, and that led to trouble in his personal life, and trouble with the law.  After a lost decade, Jadlow’s purpose is now trying to help other avoid mistakes he made.

5 – Don’t worship false idols – or crazy coaches.  When Todd had the opportunity to attend a reunion of the 1987 National Championship team a few years ago, he skipped it out of loyalty to Bob Knight, who had been fired by Indiana University over a decade before the reunion.  Knight continues to harbor great resentment over the actions of men and women no longer affiliated with IU.  Jadlow regrets his decision which cost him a night of fellowship with his teammates on behalf of a narcissist who who demands loyalty but displays none.   [ed. note: the use of the words ‘crazy’ and ‘narcissistic’ to describe Knight comes from me, not Jadlow, who still speaks of Knight with reverence.]

4 – Adversity comes in many forms, and your response determines your future.  Todd was cited for one DUI and arrested for another – on the same day.  That’s adversity.  It’s self-inflicted adversity, but adversity nonetheless..  He served a year in lockup, and spent the next year restricted to treatment facilities.  Todd’s response was to embrace sobriety and make it his mission to help others who have or might head down the same path.  That’s a pretty good response to adversity.

3 – Don’t believe your own hype.  17,471 people are going to pay to watch somebody else when you are gone.  Assembly Hall has been filled to watch Indiana Basketball game since the building opened in 1971.  From Quinn Buckner to Isiah Thomas, to Steve Alford to Calbert Cheaney to AJ Guyton to Jared Jeffries to Eric Gordon to Victor Oladipo to Yogi Ferrell people have filled the soon to be replaced seats to cheer.  There is no name on the back of the Indiana jersey for a reason.  Fans are there for the name on the front.  Understand your fame.  Embrace it as an easily leveraged asset in the future.

2 – Make big decisions deliberately.  The story Todd told about how Bob Knight closed the deal when recruiting him was a great example of impulsive allegiance to authority.  Saying yes or no without time to reflect doesn’t guarantee the wrong decision is made, but it does ensure a choice based upon the wrong metric.  Always take a day or two to evaluate major life decisions. If the person making the offer is unwilling to allow the time you need, it shows a flaw in the offer.

1 – Just say no.  No is a great word.  Capitulating to the whim of the group can get you in a lot of trouble.  Ceding control over your value system to friends (or non-friends) who might have no interest in what is good for you is a quick route to an unhappy life.  “When you’re a pro athlete, there are people who want to help and people who want to hurt,” Jadlow told us.  Why not trust best the person that operates only in your interest?  That’s you, dummy!

Click to listen to Todd Jadlow talk about getting sober