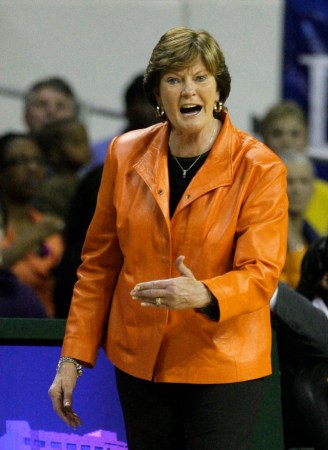 Pat Summit was a great coach – not just a great women’s coach. She will be missed, but her work will be felt forever.

Pat Summit was taken too soon at the age of 64, but her legacy will live forever as a leader of young people – not a female leader of females, but a leader of human beings.

Her tenure as the head basketball coach at the University of Tennessee stretched from a time prior to women’s basketball being sanctioned as an NCAA sport through a time when thousands fill arenas to watch women’s professional basketball.

When she took over the Tennessee program at the age of 22, she drove the van and washed the uniforms, and she left as an icon after being diagnosed with early onset dementia.

By all accounts, she was a force of nature who demanded excellence – and got it, with eight National Championships while winning 1,098 games prior to turning 60.

Had Summit been able to continue to coach until turning 70, she would have had a legitimate chance to win 1,500 games.  No one would ever have come close to reaching that plateau.

The way women are viewed in American society has changed radically since Summit became the coach at Tennessee, and that is not a coincidence.  In November, there is a legitimate chance a woman will be elected president.  A compelling argument can be made it would not be possible without Summit’s legacy as a leader.

Here are 10 reasons we should remember Summit as an icon:

10 – Won an SEC title after being diagnosed with early onset dementia.  Fighters fight, and that’s how Summit viewed her disease – as an opponent to be conquered.  While the disease won in the end – as it always does – Summit taught it a few things as Tennessee won 27 games and advanced to the Elite Eight before losing to Baylor, the eventual champion.

9 – Won 20 or more games 36 straight seasons.  Consistency is the hallmark of great leaders and  no one in college basketball history has ever won more consistently than Summit.  Her Volunteers won at least 29 games every season from 1993-2008.

7 – 100% graduation rate.  In 38 seasons as the coach for Tennessee’s women’s basketball team, every single player to spend four years in Knoxville received her degree.  Every one.  Not a single player was allowed to slip, fall through the cracks, and miss the requirements needed to earn her diploma.  Wins are nice, but the ability to motivate adolescents to become adults through making adult choices is how college coaching legacies are built.

6 – While Summit was the head coach at Tennessee, she won a silver medal at the 1976 Olympics as a player.  Summit is the only coach I’ve heard of returning to player status to win an Olympic medal.  Being hired as a head coach when you are 22 helps make that possible, but it is still an incredible feat.

5 – Became a great head coach without ever being an assistant.  Summit was a 22 year-old graduate assistant at Tennessee when the head coach abruptly resigned.  She was named head coach without any experience out of a dire need.  What a fortunate decision that was for Tennessee’s athletic director.  Necessity is the mother of invention, and sometimes great hires.

4 – Washed jerseys and drove the team van early in Tennessee era.  Great leaders do what they have to do to put their team in a position to compete successfully.  Summit even slept with her team on an opponent’s gym floor prior to money being spent on lodging for the women’s team.  She didn’t whine or complain – Summit just won.

3 – Every four year player advanced to an Elite Eight.  In 31 seasons of coaching an NCAA basketball team (the first seven seasons Summit coached, women’s basketball was governed by the AIAW), the Volunteers advanced at least as far as the Elite Eight 25 times.  They reached the Final Four 17 times, the championship game 13 times, and won eight National Championships.

2 – Summit was asked twice to consider coaching the Tennessee men’s team.  It would have been fun to watch Summit succeed coaching men in the same measure she achieved while leading women, but Summit declined the invitation.  To accept the men’s position would have been to enforce the perspective that the women’s job wasn’t as special, and Summit wasn’t about to encourage that assumption.

1 – The memories expressed today by former players and Tennessee alums.  There have been few people in American sports who have been remembered as fondly as Summit is today.  She is being credited for changing lives in Knoxville by former players as well as people as divergent as Peyton Manning and Paul Finebaum.  Great people touch those they mentor as well as those they briefly bump into.  It seems everyone in sports has a story to tell about Summit, and in those stories Summit will achieve immortality.