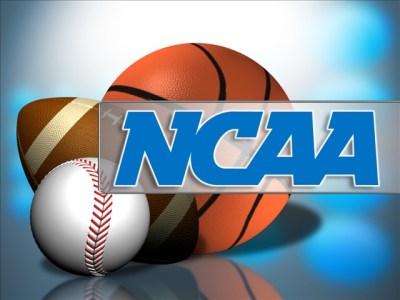 The Power Five conferences each individually announced yesterday a new protocol for bringing balance to the lives of student-athlete.

Among the new edicts – students must have eight consecutive hours off between 9p-6a, and travel days are no longer counted as off days.  Good ideas all, but they don’t go nearly far enough to balance the scales between the student and the athlete component parts of the student-athlete experience.

There are still problems – plenty of them.

Here are nine problems the NCAA needs to attack to put the college back in college sports:

9 – Simplify the rule book.  A rule book so thick and convoluted that coaches require the use of a compliance department to determine whether they are adhering to or breaking the rules is ridiculous.  Ten Commandments were etched onto a tablet or two, and the United States Bill of Rights can be read and understood during the average visit to the restroom, so why is the NCAA rule book 440 pages?  Of course, simplification of the rule book would have the same effect of making our tax code easy to ingest – people paid for their expertise in understanding it would be displaced.  That’s a sad but necessary unintended consequence of paring that beast down to a dozen simple easily ingested pages.

8 – Allow student-athletes to monetize their brand value.  No sect of society other than student-athletes are prohibited from being paid to sign autographs, sell momentos, or endorse products.  I guess that’s not entirely true as I believe priests and nuns take a vow of poverty, but how many priests and nuns achieve a level of notoriety that would compel society to reward them based upon image?  Anyway, I digress.  Allowing student-athletes to profit from their image is not going to cause the collapse of amateurism (a sham of a concept at its core, but I disgress again).

7 – Make 7p universal start time for games.  This is specific to college basketball because the vast majority of college football games are played on Saturdays.  When a Tuesday night game between Kentucky and Florida tips at 9:10p in Gainesville, the game ends at 11p-ish.  After showering, dealing with the media, and taking a bus to the airport, the flight likely gets in the air at 1:00a at the earliest and lands in Lexington at 3:00a.  A bus takes the team back to campus, and responsible players are in bed at 4:00a.  If players have a class at 9:00a, what the hell kind of condition are they likely going to be in for class?  Screw ESPN, and start at 7:00p.  Student-athletes hit the hay at about two, which is probably close to average for normal students.  If the compensation for hooping is an education, make it possible for athletes to participate in it.

6 – Coaches who cheat are banned for life.  Wanton rule violations should be met with an absolute and irrevocable ban from collegiate coaching.  Show a less than zealous attitude toward fair play in recruiting, and its a permanent pink slip.  Cheating will cease instantly.

5 – Allow student-athletes free reign to transfer without eligibility loss.  Who the hell is college athletics for?  The boosters?  The coaches?  The administrators?  Nope.  It’s for the student-athletes.  If a kid feel like his efforts are better invested elsewhere, why dissuade him or her by delaying by a year the ability to compete?  This would cause an uptick of roster movement, but according to whom is that inherently horrible?

4 – Count individual film study as practice time, and game time expands beyond three hours.  Coaches are allowed 20 hours per week to work with their team.  That time includes three hours for each game – home and away.  Obviously, the amount of time required for a player to participate in a game extends far beyond three hours – especially for football where the games themselves can stretch to four-plus hours.  Team film study counts toward the 20 hours, but there are individual film sessions that do not.  Twenty hours should mean 20 hours – unless these student-athletes are full-time employees, in which case they should be paid as employees.

3 – Provide coaches tenure as a professor.  A good deal of cheating is motivated by fear of job loss, so let’s release some pressure by providing coaches with tenure.  Unless they violate rules or behave in a way that brings disgrace to a university, the coach is the coach.  If we invoke #1 on this list, some measure of security is going to have to be advanced or the pool of individuals willing to enter the profession will be significantly narrowed.

2 – Guarantee scholarships for all four years.  This has been done in many places, but should be invoked everywhere.  Coaches should not be allowed to “fire” a player in good academic standing.  Recruiting over the top of the current roster is a fact of life, but players forced onto the bench through mediocre performance should not be forced off the end of the bench because the coach made a recruiting error.

1 – Pay coaches on the same scale as professors.  Ultimately, college coaches are educators.  Why should they be paid millions to lead a program that is at its core an extension of the educational mission of the university?  Eliminating the grand rewards for those best at gaming the system will go a long way toward ending the gaming of the system.