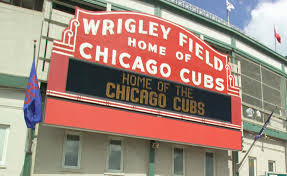 Wrigley Field will be one hell of a place for a party.

The Cubs won Tuesday night in a thrilling comeback that validated the passion and faith of its players and its fans.

Down 5-2 heading into the ninth inning with a win-or-go-home game five looming on the immediate horizon, the only reason for continued hope sat in the San Francisco Giants bullpen as the worst group of relievers in the history of postseason baseball readied itself for a challenge it would ultimately fail.

Five relievers came and went.  All allowed one baserunner and four yielded a run as the Giants blew their 32nd save of the season – an incredible tonnage of futility for a team so successful – in a series-ending 6-5 loss to a Cubs team that has viewed itself as destiny’s choice for the entire 2016 season.

The bottom of the ninth was a quieter affair than the top as Aroldis Chapman slammed the door shut with 13 100+ miles-an-hour fastballs that resulted in three strikeouts.

That’s baseball.  Behind and grinding can all of a sudden flip to ahead and cruising, and it did for a team that wanted to avoid Johnny Cueto in a game five that will no longer need to be played tonight as the Cubs prepare for the winner of the Washington Nationals and Los Angeles Dodgers game.

More specifically, that’s Cubs baseball, or at least a new and improved version of Cubs baseball that appears to threaten 108 years of abject futility.

Let’s address that never-to-be equalled run of misery for a moment before pinky-swearing not to allow it to darken our consciousness again – or at least until November.

The amazing chronological chasm between championships – assuming one in the future – does not define the Cubs fan experience.  We are not a group of people mired in sadness, shrouded by melancholy, and immersed in an inescapable funk.

We are normal people who work for a living, raise kids, enjoy sports, and love a good steak.  We are normal, except for our devotion to a franchise that has failed to win a championship 107 straight times.  That streak encompasses an era that has seen two world wars, the invention of radio, TV, and the iPhone.  Not only wasn’t there a Facebook the last time the Cubs won a world series, there were barely books.

The majority of World War II veterans had yet to be born in 1908, and the hundreds of thousands of Civil War vets had yet to die.

Hailey’s Comet whizzes past Earth once every 75 years – it’s passed twice since Frank Chance led the Cubs to the 1908 crown.

Wrigley Field is a baseball shrine that became the home of the Cubs 100 years and six months ago.  It’s never hosted the celebration honoring a local World Champion.

Since the Cubs last championship, they have played in seven world series and four NLCSs.  As you know, they have lost all 11.

There have been silly curses, a black cat, and a goofy fan who allowed his greed for a foul ball cloud his judgment and interfere with the fifth to last out of a game that would have granted the Cubs a berth in the 2003 World Series. More importantly, the baseball has been mostly substandard.

None of that matters today as we wait for Game Five of the Los Angeles Dodgers vs. Washington Nationals series that will determine the unit the Cubs will need to pillage in order to end yet another streak – the 71 years since a world series involved the Cubs.

Chicago has never seen the unbridled joy that will pour forth when the Cubs finally slay this indomitable foe.  Men, including me, will weep at the corner of Clark and Addison as we exalt in joy while recalling those from previous generations who never got to see it.

Maybe it happens this year and maybe not, but none of us will be lost or worse for the experience of witnessing it.

It’s just baseball, but it’s more than that – much more.  Cubs baseball is a touch point around which father son relationships have been built and maintained.  There is a brotherhood – and sisterhood – of shared sadness that is part of being a Cubs fan, but a little joy isn’t going to make being a Cubs fan any less special.

When the Cubs win, we will have a story of overcoming adversity that trumps the victors in the 100 years war.  That story will never have an equal – at least not among sports fans.

When “wait till next year” becomes, “hey, that was as much fun as I hoped!” I want to be there hugging as many as possible who understand our faith in the impossible because so many I would want to hug are gone.

It will be a glorious day, and it come in the next three weeks.