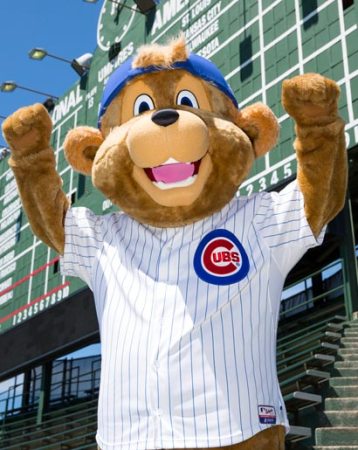 If the only onfield upgrade that results from the Cubs raising season ticket prices is pants for Clark, the Sterlings are going to get angry.

It makes all the sense in the world for these World Champions to jack up prices for season tickets, but it still seems wrong.

There is great demand, and even from the scattershot listening I did during macroeconomics while a student at Indiana University, I understand that increased demand requires a response in pricing.

But the Cubs sucked for a long time, and the prices never receded.  In fact, the Cubs continued to charge long-suffering fans prices for tickets that averaged among the top three in Major League Baseball while fielding an awful team.

I understand pricing is determined by demand and not quality of baseball, but it always seemed predatory to exploit the passion of Cubs fans for the profit of a family from Omaha.

And this seems similar but in the opposite direction.

In 2016, the average price of a Cubs ticket was $51.33, and the average attendance for the 81 games was roughly 39,950.  That means the total gate for Cubs games was just over $161-million.  If attendance is stable, the average 19.5% increase will generate another $32.4-million for the Rickettseseses.

Cubs fans want a year of celebration?  Pay up suckers!

Personally, I’m pissed off because this uptick in cost is going to cost me $1,700.  The Cubs aren’t calling the increase a tax, but that’s the way I see it.  This is a championship tax.  Cubs win, we pay.

That’s the world in which we live, I guess.

If the Cubs invest this new assumed wealth in a starting pitcher and a decent bullpen, I won’t wince quite as sternly when I sign the check.

If the only upgrade is pants for Clark the Mascot, I’m going to find the chief financial oaf of this greedy cabal – pinhead Crane Kenney – and share my thoughts in a calm but menacing way.

Jack up the beer prices, and the Sterlings will turn surly, and that won’t be good for anyone.