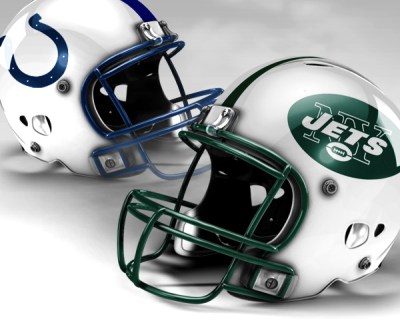 The 5-6 Colts against the 3-8 Jets on Monday Night Football is not going to set the world on fire.

Andrew Luck is the highest paid player in the NFL, and he’s relatively well known.  The Jets are a big deal in New York no matter their record, so the ratings might be oddly respectable for such a dull game.

Ramifications for this game from the Jets perspective exist only in helping determine draft position.  For the Colts, it’s a little bit different.

If the Colts win this battle for the mediocre soul of the National Football League, they will launch themselves into a three-way tie for the lead in the NFL’s most mediocre division – the AFC South.

With a win, the Colts will be able to look toward this Sunday’s home game against the Houston Texans as an opportunity to take command of the division.

A loss would mean that the Colts could still play themselves into a tie for the lead this weekend against the Texans if the Tennessee Titans lose as expected to the Denver Broncos.

That doesn’t make tonight’s game meaningless, but it’s not win or die for either team.  The Jets are already dead, and the lid on the Colts coffin should be nailed shut but they continue to find excuses to take big gasps of air as they limp toward what should be a losing record.

The Colts have been dizzyingly average this season as they have done nothing especially well, but continue to backpedal the slowest of the three AFC South teams still vying for the division crown.

The rules of the NFL are adamant that someone must win the AFC South, and if the Colts want to be that team, a win tonight would be helpful, but as has been the case throughout this odd season, not necessary.