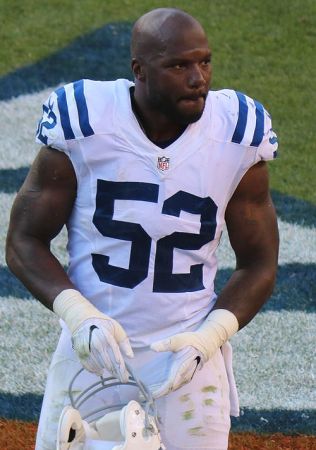 Colts ILB D’Qwell Jackson won’t be available for the rest of the season, but if not for the PEDs, he might not have been good enough to play this year at all.

The reflex is to see Indianapolis Colts inside linebacker D’Qwell Jackson as a selfish oaf for using the performance enhancing substances that caused his four-game suspension.

Jackson will be hammered locally for improving his body through chemistry because now he’s unavailable to the team for the rest of the regular season as they fight for the AFC South crown.

Through 12 games, the 33-year-old Jackson is leading the Colts in tackles with 78.  The next closest Colt is safety Clayton Geathers with 59.  The tackle stats for the Colts are a little misleading because Sio was cut by the team after four games, but is still tied for 7th with 30.

Jackson has never been incredibly fleet of foot or dependable in coverage, but this season his cover skills seemed to take a weird step forward.

As a key contributor to a young and mediocre defense, Jackson was counted on to cover for smooth over some of the raw work of young position mates Edwin Jackson, Josh McNary, and Antonio Morrison.

If Jackson needed a little boost to get that done after entering his mid-30s, that’s not necessarily a selfish act.  What the Colts will be without Jackson for the last four games might be exactly what they would have been for the first 12 without the biological goose Jackson gave himself.

Is 12 games of competent Jackson worth four games without any Jackson at all?  That’s the question Jackson answered affirmatively when he made the call to cross the line into murky PED territory.

While you moralize and grouse about Jackson being selfish as he broke NFL rules, at least consider that his suspension might have been the result of a selfless and team-first strategy employed by a man trying to wring the last drop of quality football out of his aging carcass, and that might have put the Colts in a position to win the AFC South.