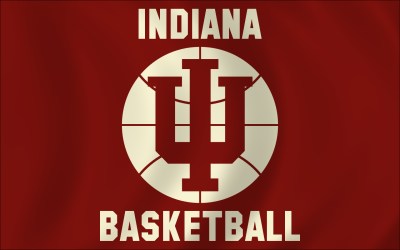 There is a mythology about Indiana Basketball that the 2016-2017 season was an aberration caused by injury, inexperience, and a unique lack of leadership.

No question the injuries to Collin Hartman and O.G. Anunoby diminished the Hoosiers ability to successfully compete, but so did irresponsible recruiting and complex schemes.

As Indiana fans and administrators evaluate the state of the Indiana program under Tom Crean, a look at a four-year swath of Big 10 records should give us a broader view of Indiana’s place in the conference.

Injuries, conference schedule imbalance, and other uncontrollable variables should more or less even out over time.  Is Indiana among the elite in the Big 10, among the bottom dwellers, or somewhere in between?

Indiana is roughly right in the middle of the conference – not elite but not in the cellar.

The surprise in the standings, which really shouldn’t be is that Northwestern has jumped a game ahead of the Fighting Illini.  There are billboard in Chicago proclaiming Northwestern as Chicago’s team.  Maybe it’s becoming the state’s team too.  No wonder John Groce was fired.

As for Indiana, the results include last year’s 15-3 record.  Minus that anomalous mark, IU is 23-31 over the surrounding three years.  Of course, that’s not fair.  Excluding the best of the four only serves to make IU look worse than it is.

Or does it?  What it will show is consistency of performance over these four years.  If you drop the best and the winning percentage is largely unaffected, it shows that programs have managed to avoid extreme wobbles.

Here are the standings – minus the best of the last four seasons:

Even by removing the 15-3 season, Indiana remains in 8th place, although its winning percentage dropped by just over 10%.

If the worst of the four seasons is removed, Indiana also finishes eighth.  No matter how the records for the last four years are sliced, diced, and compiled, the Hoosiers squat right in the middle.

Let’s say we need to include 2013 – the other Big 10 championship season.  Indiana is in a three-way tie for fifth-seventh.  Throw the 2012 season into the mix for even additional fairness, and exclude the three rebuilding years – Indiana finishes sixth then as well.

What’s the point of this exercise?  To reboot our expectations for the Indiana Basketball program under Tom Crean.  The Hoosiers have become a run-of-the-mill mediocre program with occasional sniffs of relevance.

Whethhttp://kentsterling.com/wp-admin/link-manager.phper you look at the last four, five, or six years, Indiana’s Big 10 record is somewhere in the middle of the conference.  And don’t look now but Northwestern is rolling past.

Mediocre is what Indiana has become during the Crean Era no matter how you slice it, and that’s in the regular season.  I think we know what we would find with an examination of the postseason.  The Big 10 Tournament has been a catastrophe, minus a few years during the Mike Davis years, which compare quite favorably to Crean’s.