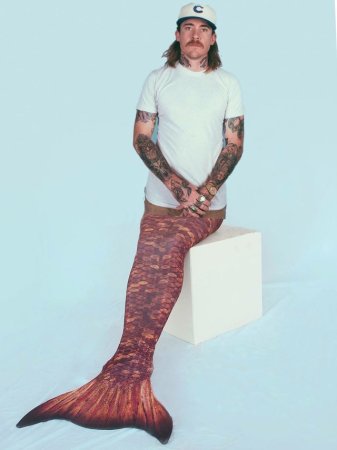 Joe Maddon’s son vented a spleen – or gill – on social media, because his very wealthy dad is not being vetted with even more cash.

If you can’t control your son, how can a baseball manager be expected to lead a 25-man roster?

“Lol the guy (Dodgers manager Dave Roberts) gets a fat extension with 2 WS losses and my dad has lost all the FO confidence after a WS win, 4 90+ win seasons, manager of the year, and playoff appearances every year he’s been a cub to soon become a free agent.  F**k outta here with this bull**it”

Yep, daddy is making $5.6M per year, and Sonny is pissed because the Cubs front office is not showing him enough respect.

There is no question that Maddon is one of the best managers in baseball, and his success in both Tampa and Chicago testifies to his abilities.  His teams have won 90+ games in eight of his last nine seasons.

The point isn’t to argue whether Maddon can manage – no right-minded person would suspect he is not one of the best five managers in baseball.  The point is that Sonny Maddon deciding to stir things up on Instagram validates the Cubs reluctance to sign his old man to an extension.

Sons of competent parents do not need to carry water for their elders.  Sonny should trust the old man knows best, and can strategize his way through contract negotiations when the downside is to retire at the age of 65 with more more in the bank than he could ever spend.

And the old man should advise his kid to shut the hell up regardless of the extension Dave Roberts got. Maddon understands some things Sonny doesn’t – that he doesn’t swing a bat, wear a glove, or throw a pitch.  Managers deploy those who do, and the glory and extreme wealth belongs to them.

The last thing the Maddon Family should convey on social media is a lack of understanding of the employer/employee relationship and appreciation for the chance to manage a team with virtually limitless resources and robust talent.

The Cubs will make a decision they believe is best for the franchise, and if Sonny doesn’t understand that, he should thank the Cubs for his family’s intense wealth infusion and quietly go on his way.