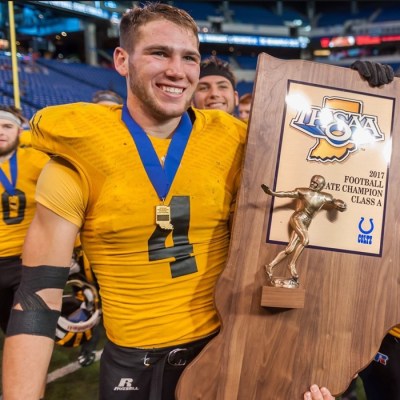 Jack Kiser is Mr. Basketball, and he gets to keep that #1 jersey forever whether you and I feel David Bell deserved it.

Choosing the more deserving Mr. Football is fun.  Receiving the award is fun.  Arguing about how the voters screwed up – or got it right – is fun.

Those who felt Bell is best were outraged when the announcement was made yesterday that Kiser is the 2018 Mr. Football, and Twitter exploded.

And then Twitter exploded back with defenses of Kiser’s election, saying that those for continue to advocate for Bell diminish the honor for Kiser, which is absurd.

Winning the award over someone so good and well respected as Bell makes the award more meaningful for Kiser, and the increased noise does nothing but draw attention to the award and Kiser as the winner.

Did that noise make winning painful for Murray?  Of course not.  It heightened the awareness of passive fans that Murray was the winner.

To assume that Kiser feels bad because of the support Bell continues to receive casts Kiser as weak – incapable of ignoring the noise of people who have likely never watched him throw a pass.  It likely motivates him.

Kiser is Mr. Football, going to Notre Dame, and the winner of his last 30 high school games (including two state titles).  He will look at the Mr. Football #1 jersey with pride for the rest of his life.  That he won it over Bell will always be a source of JOY, not pain.

I think Kiser be OK.