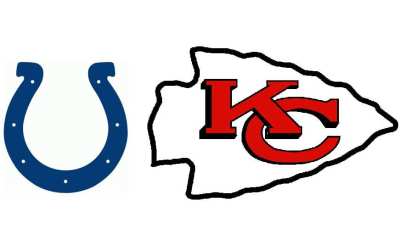 People in Kansas City believe the divisional round playoff game between their top seeded Chiefs and #6 seed Indianapolis Colts will be a coronation.

It’s the NFL’s most dominant offense against the cute upstarts from that jerkwater town in the middle of a jerkwater state.  It’s barbecue against funnel cakes for the people of that oh-so-cosmopolitan metropolis that straddles Kansas and Missouri.

A win, and the reward is a trip to Kansas City for another opportunity to end the Super Bowl dreams of of Chief fans. (Since 1995, the Chiefs have gone to the playoffs nine times, and have won only a single game.  The Colts are responsible for four of the nine losses.)

Let’s not get ahead of ourselves though – there is work to be done against the Texans Saturday afternoon.

As for the Colts team, at 1-5 no one was happy with what they were.  Coming off 4-12, it seemed the rebuild might might another year or two.  And then it got interesting.

Marred only by an aberrant 6-0 loss to the Jacksonville Jaguars, the Colts got good – really good – over their last 11 games.  Now they face an offense that has been almost impossible to stop – an offense that has scored at least 26 points in every game this season.

What can the Colts do to win this game and keep the miracle turnaround rolling into either Foxborough or Los Angeles?  Here are the five keys to a Colts win:

5 – Control the ball.  The Chief can’t beat you if they aren’t on the field.  Keep the defense out there for long stretches by moving the chains and scoring as the Colts did in their last two games.  The Colts scored on each of their first two drives in Nashville and Houston, and the drives lasted 4:28, 5:25, 6:46, and 9:58.

4 – Keep Travis Kelce out of the end zone and Tyreek Hill from catching in space.  Colts are last in the NFL in catches (106) and yards allowed (1,234) to tight ends, but they are near the top in TDs allowed to TEs with just five.  If Kelce gets a few first downs, OK.  It’s points that win games.  Speaking of points, Hill averages 15 yards per touch, and scored 14 TDs.  He is a dynamic game changer, whose yards after catch must be minimized.

3 – Play like it’s November.  Stay in the moment.  Looking ahead assures assures an unpleasant present.  This isn’t about getting to the AFC Championship – or the Super Bowl; it’s about beating the Chiefs.

2 – Make a play on the Chiefs mistake(s).  The Chiefs are going to screw something up.  Football does not allow for perfection, and when that mistake comes – capitalize on it.  If Mahomes throws you the ball – catch it.  If Ware or Williams drops the ball, pick it up.

1 – Run the ball effectively.  Ground and pound with Marlon Mack against the 31st ranked rushing defense (Avg Yds/Att) until the Chiefs load the box, and then throw to Hilton, Ebron, and Inman until they go nickel.  Then run until they load the box.  Rinse and repeat!

If you want a solid reason to believe in the Colts, here is one via analyst Bill Cowher.  He said, “Your strengths get you into the playoffs, and your weaknesses get you eliminated.”  The Colts have no obvious weakness.  The Chiefs have one of the worst run defenses in the NFL.  Expose that weakness, and advance.