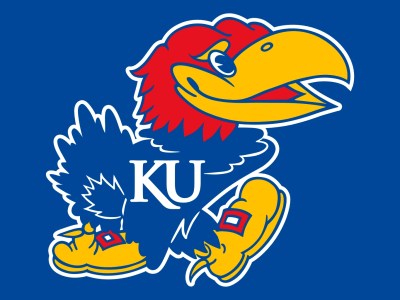 Two truths need to be acknowledged by Kansas bigwigs who are yelping about the NCAA declaring sophomore basketball player Silvio DeSousa ineligible for this season and next.

Shoe companies want return on their investment and the NCAA is a member organization – not an autonomous ruler.

An Adidas bagman named T.J. Gassnola paid DeSousa’s guardian $2,500 to secure the recruit’s commitment to Kansas Basketball.  Adidas and Kansas have an unsigned agreement to an extension of its partnership worth $191 million over 14 years.

That’s a lot of jack if Kansas Basketball sucks.  If Kansas maintains its standing as one of the top 10 programs in college basketball, it’s still a lot of jack.  Adidas isn’t Adidas because it throws money around without recouping it at least 2.5 times.

Protecting its investment makes sense for Adidas.  Throwing cash at someone like DeSousa’s guardian makes business sense.  To expect Adidas to allow Self to procure top ranked recruits without a helping shoe is illogical.

Here’s a transcript of a text exchange between Gassnola and Self:

Gassnola, 2:52 p.m.: Hall of famer. Thank you for the help with Getting this extension done. Thx brotha

Gassnola, 2:58 p.m.: When the time is right. I will need to call on you to back me on some things. Have to make a few changes and keep getting better. Iam tired of fighting internal wars when it comes to the Jayhawks

(Note: It’s not clear whom Self is referring to. There is a Chris Rivers who is an Adidas executive in charge of youth basketball.)

Gassnola, 3:06 p.m.: nothing. He is a great guy. I just think ppl get intimated by me, and are jealous of our relationship. I will fix it TRUST me We can’t be successful with insecure ppl

In my mind it’s KU bill self. Everyone else fall into line , to f—ing bad , that’s what’s right for adidas Basketball

And I know Iam RIGHT. The more you win, have lottery pics. And you happy

That’s how it should work in my mind

Cloying blather from Gassnola aside, this falls short of a smoking gun linking Self to knowledge of NCAA violations, but it’s impossible to fathom a complete lack of awareness by Self that lines were being crossed.

Long says he has lost faith in the NCAA.  Self says punishing DeSouza is 100% wrong.

Maybe Long’s faith would be restored if Self was the target of the NCAA’s wrath instead of DeSousa.  I doubt that’s what he meant.  Maybe Self could save DeSousa’s eligibility by acknowledging his complicity in Adidas giving DeSousa’s guardian some walking around money.  Yeah, right.

If Kansas told Adidas to keep its $191 million, guys like Gassnola would lose their motivation to funnel kids to schools so that coaches like Self can excel.  That isn’t going to happen, ever.  No one walks away from $191 million over principle.

The anger at Kansas isn’t because cheating didn’t happen.  It’s because it happens in a lot of places, and there is bitterness over being singled out.

At the NCAA, they don’t want to bring the hammer down on cheating.  If all cheaters were exposed, Lehigh, Yale, Brown, and Holy Cross would play in the 2019 Final Four.