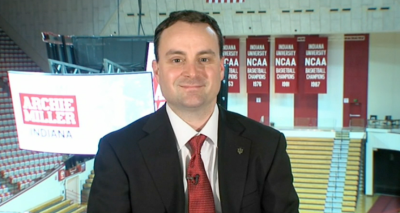 Archie Miller is two seasons into his rebuild. Is IU any closer to being back in the national conversation?

Indiana lost to Wichita State tonight, and its season went poof – if playing in the NIT counts as an actual continuation.

Six wins against quad one opponents showed the Hoosiers to be capable of beating excellent teams, and 12 losses in 13 games showed they were also flawed in the extreme.

Whether the losses came in bulk because of injuries, malaise, stoicism, coaching, or a combination isn’t important now.  Our focus shifts to the future – as in what kind of team will Archie Miller put on the court next year.

Juwan Morgan, Zach McRoberts, Quentin Taylor, and Evan Fitzner have exhausted their eligibility and will move on to whatever is next in their lives.  Romeo Langford will almost certainly leave for the NBA.  There might be a transfer or two, but this is no time to talk about that.  No point in speculating about who might decide greener pastures exist elsewhere.

Coming to Bloomington are Trayce Jackson-Davis and Armaan Franklin.  Both are local prep stars who should be able to contribute immediately.

The question is whether another year of development will help those who choose to return to improve enough to overcome the losses of those who are now former Hoosiers.

Rob Phinisee, Aljami Durham, Devonte Green, Justin Smith, Race Thompson, and De’Ron Davis are a nice start toward a solid roster.  Green and Davis with be seniors.  Smith and Durham juniors, and Phinisee and Thompson sophomores.  Jerome Hunter is a wild card as no one is certain he will ever again play competitive basketball.

If Hunter is able to play next year, that will be a huge bonus for Indiana.  He was said to be among IU’s best players in preseason practices until his leg required two surgeries to try to resolves a still unspecified issue.

Talking about Clifton Moore and Jake Forrester is pointless.  It’s hard to tell whether either will ever be good enough to contribute to a successful Big 10 team.  They could get there from here, but there is no evidence to suggest they can be counted on to compete for a winning program.

Morgan is capable of being a role player in the NBA, and Langford is a likely late lottery pick.  Replacing their productivity, and Morgan’s leadership is going to be tough.  Smith has NBA level athleticism, but to paraphrase his old his school teammate Jalen Brunson, “The switch hasn’t flipped yet.”

Green is a good news, bad news guy.  He can turn the ball over and hit three-pointers with equal enthusiasm.  If basketball favors the team that makes the fewer mistakes, Green is good enough to get you beat.  Tonight, he was 5-14 with two turnovers, and missed all three of his foul shots.  But he flat out won the game for Indiana against Arkansas.  He is a vexing presence deserving of his own post.

When Green plays well, IU has the potential to beat anyone.  When he’s bad, they can lose to anybody.

Miller is building this team class by class, and having only enrolled one class to this point, it’s hard to see which way this program will ebb under his leadership.

There is an obvious and appropriate focus on Indiana high school players, but that will take time to blossom.  Next year might be too soon to get a glimpse at the finished product Miller is constructing.

Indiana lost tonight, so the wait for fans anxious for a return to relevance and then prominence will continue for another seven-and-a-half months.

5 thoughts on “Indiana ends season with 73-63 loss in NIT – so what’s next for Archie’s Hoosiers?”