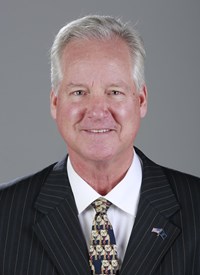 Butler and Barry are very fortunate to be smart enough to know they are perfect together. 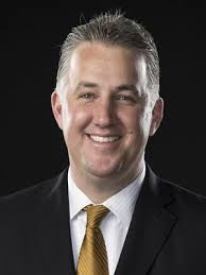 Painter = Purdue just like Keady = Purdue. That continuity is why Purdue keeps rolling.

Media guys spend a lot of time ripping teams, programs, coaches, and players.  We love to laugh at failure.  It makes us feel smarter.

Not today.  Today we congratulate a couple of guys who do it right, and are being rewarded for it.

Butler AD Barry Collier has earned a five-year extension, and Purdue’s Matt Painter was named the NABC Coach of the Year.

Both announcements were made this morning and both were deserved.

Collier has built Butler into a solid Big East athletic department by adhering to the principles he used to nurture the basketball program he ran for a decade into a national power.

Painter took a team that graduated four senior starters and began the season 6-5 to a Big 10 Championship and the Elite Eight.

Both are among the best at what they do, and it’s nice to see them rewarded in these very substantial ways.

I went to West Lafayette to interview Painter for my radio show, and I kept him about twice as long as the amount of time I asked for.  With every answer, he prompted another two questions.  I could have talked to him for hours instead of 25 minutes.  I apologized for going long, and he said, “Hey, no problem.  Enjoyed it.  If it wasn’t with you, I’d be talking basketball with somebody else.”

No salesmanship with Painter – just good conversation about basketball.  His teams always seem to outperform its collective talent, and he is willing to make adjustments that allow them to reach their potential.  He’s a normal guy earning millions of dollars doing the thing he loves.

Collier understands coaching and leadership because as a coach he was a great leader.  He has a vision, communicates it clearly, and helps coaches make it reality.

My son was an annual participant at the Butler Basketball Camp at the end of Collier’s run as head coach.  As the camps concluded, Collier wrapped with a speech that included a promise to help any camper who ran into trouble.  He told them if they were ever put in an uncomfortable position by friends – a peer pressure situation where a bad decision was encouraged – they were to call him immediately.  He would get them out of that environment.

From someone else, that promise would have come off as hot air – an empty promise – but from Collier it was different.  There wasn’t a kid at Hinkle those afternoons that didn’t absolutely believe that Collier would be there for him if he got into a tough spot.  The moms and dads who were there even bought Collier’s sincerity.

The test of a leader is the way his lessons continue to flourish after he leaves.  Collier blew Butler for Nebraska in 2000.  The train kept rolling as though he had never left until he returned six years later to run the athletic department.

Butler is Collier and Collier is Butler.

The same can be said for Painter.  Both are great fits for their schools, and both schools are smart enough to know it.