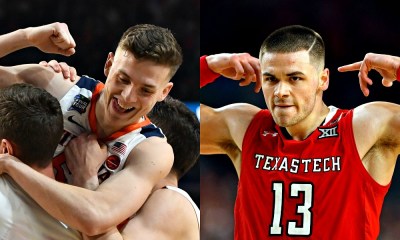 Suspend your loathing for greed and corruption in college basketball tonight and enjoy the game.

College basketball is being tested by greed.

Media money has flooded college basketball’s ecosystem, and what was once a quaint extracurricular activity among college students has exploded into a multi-billion dollar showcase of competition for coaches covetous of millions available for teaching young men basketball, and those young men who hope to get their tickets punched for the big time of the NBA.

At its best, college basketball is played at schools where NBA dreams are faint and coaches toil in near anonymity – where basketball greatness is a collective goal of brothers who toil, bleed, and sweat together for a chance to survive and advance in the NCAA Tournament.

The worst is embodied by coaches jumping ship for another program where they can make more and more cash.  Coaches decry players getting paid because it would erode the reservoir of cash available to them.

They want control of movement – as in the likely elimination of the grad-eligible transfer rule – but they want the unfettered ability to chase cash and leave players they recruited behind.

It’s a game deeply rigged in favor of the coaches, and the players are told to enjoy their educations and shut up.

Speaking of that education, it’s curious to see the small number of student-athletes in revenue generating sports who are allowed to declare their major in a discipline that requires academic diligence.  That’s a story for another day, but check the majors of players at some of your favorite universities.  It’s not necessarily a reflection of their student-athlete’s classroom ability, but a restriction by a coach who is paid to win, not support a student’s academic ambition.

The corrective measure is long gone, so far in the deep history of college basketball (and football) that it can hardly be seen.  Coaches should always have been viewed as educators, and paid like them.

If restricting a student’s ability to earn was a great idea, why wasn’t that principle ever foisted upon coaches?  Why not give the coaches tenure and a modest professorial salary?

And if the NCAA would rather spend its time doing what it’s good at instead of forever expanding its enforcement staff, and forcing universities to add to their compliance departments, it should have told CBS, ESPN, Turner, Fox, and others to keep a significant portion of the rights fees they pay to broadcast “amateurs” throwing a synthetic leather ball through a hoop.

Sometimes, maintaining control over your product is more prudent than accepting a check with a bunch of zeroes that allows the network to exploit those you demand play for the love of the game.

The pigs are at the trough, and when pigs are invited into an ecosystem, the beauty and direction of any exploit are corrupted forever.

More is not always better, and in the case of college basketball, it’s worse – much worse.

Rick Barnes is either serious about conversations with UCLA about their job, or he’s trying to leverage his recent success at Tennessee into a payday that will leave his current players with a coach they didn’t commit to.

He might get rich coaching a bunch of different kids in Los Angeles, but who wins in that exchange other than Barnes and his heirs?

I hate to be a defeatist on the day of the National Championship game, but the players have left the locker room.  There is no unringing this bell.  The greedy will continue to get paid, players will generate wealth without proportionate compensation, and fans like us will continue to be thrilled by the games and horrified by almost everything else.

The time has come – not for action – but to throw up our hands, enjoy the games, and ignore the greed and corruption.  Getting this right is impossible.  Inertia demands unwise expansion and continued manic cash grabs.

Standing in the way of greed is like staring down a tsunami.  The water moves toward, over, and through you with indifference toward your defiance.

Time to stand down and let the greedy run wild.  If we don’t, the fun of a night like tonight will be ruined, and who wins then?

One thought on “Caring around college basketball’s greed and corruption is a fool’s errand – just watch and enjoy!”