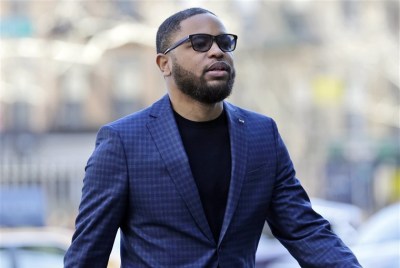 Christian Dawkins is back in court today, and so we’ll hear more stories about supposed college basketball corruption.

As long as shoe companies invest millions in university athletic departments, they are going to eagerly invest tens of thousands to ensure return on investment.

That’s the very basic rule driving the kind of corruption in college basketball that will be in the news today as the second trial of shoe pimps Merl Code and Christian Dawkins commences in New York.

What these guys are accused of is paying the parents/guardians/AAU coaches of college basketball recruits a variety of cash amounts in order to secure commitments to schools affiliated with the shoe company they represent.

Prosecutions like those of Code and Dawkins never stop corruption – they just force the corrupt to improve their tactics, or compel the powerful to change rules.

For anyone who took Microeconomics is college, tracing the bread crumbs of why shoes pay athletes is simple;  Nike, Adidas, and Under Armour pay schools to have their logos brandished on uniforms, arenas, coaches shirts, and other paraphernalia, they pay the best players so the number of eyes that see that logo is maximized.

This kind of thing has gone on for a long time – since the shoe companies began funneling millions of dollars into university coffers.

For decades these payments were seen as victimless renumeration of valuable assets going unpaid other than under table income.  If the coaches and kids never touched the money, the NCAA didn’t have the bandwidth to investigate or punish anyone.

Federal prosecutors saw this is something other than harmless.  They are holding the shoe pimps as violators of bribery and fraud statutes, so he we are for round two – a second opportunity to learn what we already know.

Because schools accept shoe money, they also invite shoe pimps into college basketball.  It’s like having a great college party.  It starts out as a fun gathering with friends, and then word gets out, and all of a sudden some idiot does six shots of Beam, vomits in your stove, and falls off the balcony.

NCAA rules maintain an arcane adherence to the utterly flawed concept of amateurism, and as a result cash finds value by whatever means necessary.  Every once in a while, a coach gets arrogant and crosses a line his employer or the NCAA is forced to pay attention to.  He winds up coaching in Greece.

The one benefit fans have reaped through the ongoing prosecutions of Code and Dawkins is the knowledge that rules are being broken so often at so many schools that they have lost all meaning.

Amateurism is a sham.  Rules prohibiting payment to players by companies to endorse products are a sham.  Time for NCAA membership to embrace the value represented by individual players, and the immutable economic law – cash seeks pockets of the valued.

Maybe through peeling the curtain back for those who are unaware of how recruiting really works, an evolution toward reason can finally commence.