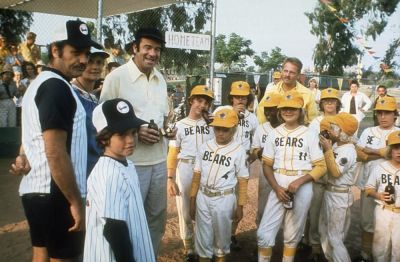 Given a choice between having my kid coached by Walter Matthau and Vic Morrow in “Bad News Bears”, I’ll take Matthau.

When I asked my old boss how I should grade myself as a youth baseball coach, he said, “That’s easy.  How many kid play next year?  If they all play, you were great.  If none play, you were terrible.”

The way to get kids to play the following season is to make baseball fun.

I watched a travel baseball game last night and was not pleased with the coaches for either team.  Both sets of coaches for these 13 year-olds micromanaged play.  As a result, the kids wandered passionless through the game.  One set of coaches were demonstrably negative and critical immediately after plays – as though the kids don’t understand when they screw up.

The losing coaches hosted a 15-minute postgame meeting to explain to their players what led to the defeat.  Good grief.  Nothing like being harangued by a coach as a cherry on top of a loss to make baseball a lot more enjoyable, right?

So how can coaches make the game fun, and how can parents evaluate coaches?

Here are some very easy guidelines to help coaches improve:

If you’re a coach, those principles will bring smiles.  If you’re a parent and your kid is smiling before during and after games, thank your coach.

If your kid needs a role model in Major League Baseball, there is none better than Javy Baez of the Chicago Cubs.  His sense of fun is one of the big reasons the Cubs have been so successful since 2015.  Baez’s aggression not only creates runs and outs, it’s also contagious for teammates.

Baseball is supposed to be fun.  Help your players and kids enjoy it.