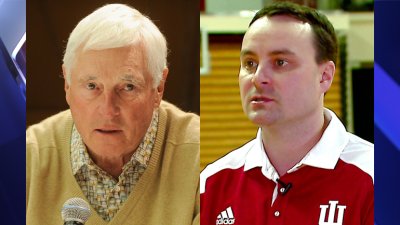 Indiana Basketball getting back to where fans crave it to be is not about Bob Knight.  It’s about the values that are established by successful basketball programs – many of which were embraced by Knight as he led the Hoosiers to 11 Big 10 titles and three national championships.

Being successful is not dependent upon the ideology of a coach 19 years removed from his position as a program’s czar.  It’s about recruiting, culture, athleticism, intellect, diligence, compliance, and other factors.

There is no single way to skin this cat.  Coaches of disparate styles and levels of integrity have found ways to win.  At Indiana, the DNA of the program requires several traits be adhered to – recruit the best high school players from its home state and region, remain NCAA compliant (and then some), graduate players, play tough man-to-man defense, and embrace an extreme level of toughness.

Sounds like Knight, right?  Sure, he’s been gone for 19 years, but that doesn’t mean the recipe he used to win no longer works.

So how’s the latest IU coach doing in measuring up?

Archie Miller is recruiting Indiana exceptionally well.  He got IU into the game for Indiana high school kids who had turned their backs on the program when Tom Crean was the coach.  He’s 2-for-2 in delivering Mr. Basketballs, and has surrounded them with other well-regarded Indiana All-Stars.

Academics are trending up.  The most recent APR (Miller’s first year as coach) saw a single-year improvement to 980 after several bad years under Crean, who knew he was on a short leash and threw a couple of Hail Marys to win enough to earn either an extension or another job.

If Miller is cheating, he hasn’t been caught or implicated.  IU fans’ need for a level of clean beyond what’s demanded by the NCAA is a direct reflection of the Knight years.  It’s not enough to win for IU fans.  We need to be able to beat the crooks and rub Hoosier values in their faces.

Miller has IU playing man-to-man, which IU fans understand because of decades of watching Knight teams do it.  This was a disconnect with the Crean teams.  IU fans had trouble figuring out what the hell IU was trying to do on the defensive end.  That’s not Crean’s fault, but it was like taking a history class at IU taught by a professor who spoke only French.

As far as toughness, this is a place where IU fans have a bone to pick with Miller.  A lack of toughness might be penalized behind closed doors or at practice, but during games players are allowed to continue to trot back on defense after a turnover without being pulled from the game.  Minutes talk, and Miller’s refusal to bring out a quick hook for violators is a problem.

Miller is not a Knight disciple, but the methodology is similar enough to give longtime fans hope.

Clearly, this wasn’t an orderly passing of the torch like we saw at Purdue as Gene Keady gave way to Matt Painter, but in the end it might be as successful – if Miller can make toughness a clear priority.

6 thoughts on “Torch not passed directly from Knight to Miller, but maybe Miller is finally the right coach”