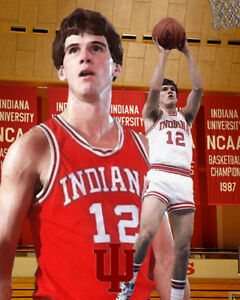 Without a shooter like Steve Alford, Indiana stands to benefit from the three-point line moving back to the international distance of 22′ 1 3/4″. Archie Miller would likely lobby for a move all the way back to half court (at least this year).

College basketball’s three-point line is moving back to the international distance of 22 feet, 1 ¾ inches, and I love it.

As shooting has improved, teams have gone to an offensive scheme where the midrange game no longer exists.  The game has evolved into chuck it or dunk it, and basketball has suffered as a result.

Moving the three-point line back will lessen the reward for jacking up threes, so teams will choose to move the ball to where they get the most bang for their shot.  It will also force offenses to space the floor, and thus spread the defense.

Anyone who watched last season’s NIT saw the immediate difference the move to the international distance made.  Basketball looked quite a bit like basketball again.

This move is also very good news for Indiana University – a team that was not in love with the three-point shot in 2018-2019, and did not benefit from it in the same measure as other teams.

IU scored 25.4% of its points via the three-point shot.  That ranked ahead of only Minnesota in the Big 10, and 325th in the nation.  The Hoosiers hit only 31.2% from beyond the arc, which ranked 311th.  Devonte Green was the only Hoosier to hit 35% or better from the previous three-point distance.  Green’s conscience did not preclude him from popping from 25-feet or beyond, so this move is not likely to affect his bomber mode.

If Indiana can stay static from the new distance – not too withering a standard (31.2% from 22-feet should be doable) – while everyone else backslides three-to-five percent, that’s a big win for the Hoosiers.

The real winners here though are the players and fans as basketball will be more fun to play.

The NCAA Playing Rules Oversight Panel approved a few other rule changes – most we won’t often notice – but they prove that the oversight panel is not beyond silly adjustments.  Here they are:

All in all, one really good rule adjustment trumps three silly exercises in micromanagement – especially when Indiana should benefit disproportionately.