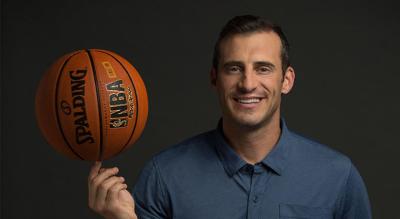 Doug Gottlieb is one of many talking heads “convinced” large market teams will win all future NBA titles.

Every offseason we hear it – again and again – as though we’re talking physics.  The world is round.  Gravity is a constant.  The universe is huge.  And small market teams cannot win an NBA championship.

Here are the 15 most populated TV markets in America, and the last time NBA franchises in those cities claimed an NBA title:

I’m no math whiz, but by my count only two of the seven biggest cities in America have hosted a championship parade in this millennium.  One of those two teams, the Dallas Mavericks, have only won once in its history.

If there is a positive correlation between market size and odds to win a championship, I’m all ears.

Every offseason, there is a national media drumbeat announcing the NBA’s new boss.  The last two offseasons, Los Angeles was anointed the city of the future champ.  Last year, it was the Lakers when they signed LeBron James.  This year, the Clippers are the darlings after acquiring Kawhi Leonard and Paul George.

The Nets are also being mentioned as big winners despite Kevin Durant being unavailable for at least the next year.  People point to the acquisition of Kyrie Irving as though he will lead them into Eastern Conference relevance – just like last year when he came to the Celtics.

It’s easy to paint the national experts as simpletons, but that gives them too much credit.  The truth is worse.  Talking heads understand retweets, clicks, and ratings.  Picking large market teams to win championships is a strategic choice.  Correctly predicting the Utah Jazz to win the NBA title is more likely to get an expert fired than extolling the virtues of an obviously bad team from a mega-market like the Knicks.

Predictive journalism (there’s an oxymoron if I’ve ever heard one) is about titillation, not accuracy.  It’s all about clicks, because that’s what talking heads and writers are rewarded for.