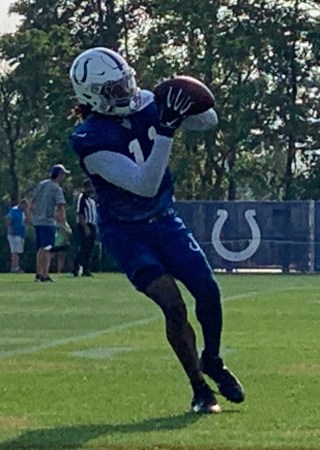 Colts quarterback Andrew Luck will miss the next three days of work at training camp and will not play the preseason opener in Buffalo, according to coach Frank Reich.

The decision to sit Luck in Buffalo was made three months ago, but the adjustment in his practice schedule came due to pain in the calf he strained during the offseason.

Reich has been consistent in saying that Luck would play Sunday if the Colts had a game, but he qualified that today by saying Luck would “probably” play if there was a game Sunday.

This puts us on another training camp Luck watch.  Will he or won’t he go today, tomorrow, or next week has been a consistent theme for the Colts since early in the 2015 season.

The Colts are obviously aware that the preseason is not critical to Luck’s performance – or the team’s ability to compete.  If Luck is available for the regular season opener in Los Angeles, the Colts have a hell of a chance to win.  If he’s not, well, that’s not ideal whether Jacoby Brissett, Jim Sorgi, or Earl Morrall is the backup.

Brissett has looked good during camp to this point, but the surprise has been the arm talent of Chad Kelly, who put the ball exactly where he wanted it today.

Nyheim Hines dropped a pass and fumbled once.  Cornerback Pierre Desir made several nice plays in the padless workout.

Colts will be back at it tomorrow and Thursday mornings before enjoying another day off Friday.