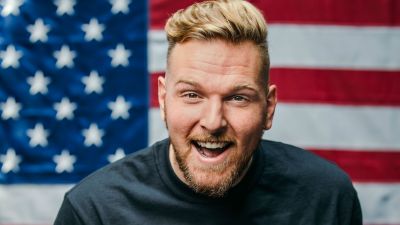 Pat McAfee is smart as hell, engaging as hell, and restless as hell.  That gives him a hell of a shot at being a successful sports talk radio host.

As a standalone gig, a daily radio show is a lot of work.  Coupled with his roster of responsibilities as an analyst for ESPN’s Thursday night college football package, Friday contributor to Get Up, and performer on DAZN, Pat is going to be a very busy former punter.

Let me tell you a few secrets about sportstalk radio that we don’t discuss much outside the fraternity of those who work in it.  The first is that hosting a radio show is hard work.  It isn’t laying bricks or digging a ditch, but the relentlessness of hosting a daily show can be withering.

We always say it’s the easiest and best job in the world because listeners don’t want to hear about how hard it is to sit in front of a microphone and talking about sports.  The truth is that being interesting and entertaining on command whether interviewing a guest, sharing perspective, or taking calls every segment of every show can be daunting.

Pat is going to learn some things about himself and radio during the first few months of the show that will determine whether it succeeds.  Here are a few of them:

Whether this show works will be entirely driven by Pat’s ability to see each segment as a crucial opportunity to connect with listeners.  In a two-hour show, Pat will have eight segments per day that require focus, discipline, energy, and authenticity.  It’s going to have to be as fun and challenging for him on day 186 as it is on day one.

Whatever happens, I’ll be fascinated to hear it at 10 a.m., September 9th, on CBS Sports 1430 in Indianapolis.