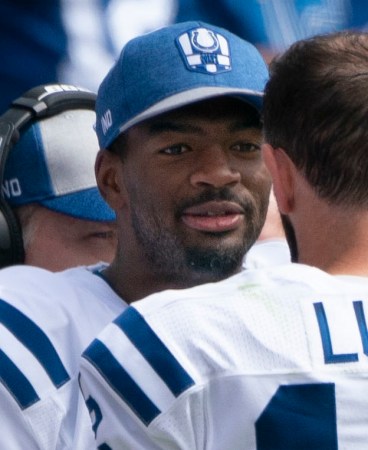 Money might be close to equal, but there are a lot of differences between Brissett’s extension and a franchise tag in 2020.

There are those who view Brissett’s two-year, $30-million extension as a de facto franchise tag for the quarterback in 2020.

That’s not quite far off because the money is similar (cost for franchising a QB in 2019 was $24,865,000), but there are some differences that might be subtle to fans, but huge to people inside the NFL.

Here are just a few:

The money Brissett costs over the two years of this extension will be spread over the two-year length of the deal, not dumped into 2020.  That doesn’t matter much to Brissett, but it saves the Colts a minimum of $10-million against the cap for 2020.  They have plenty of cap room for 2019, but this move gives them additional flexibility in 2020.

By not franchising Brissett in 2020, the Colts will be able to save that privilege for another player in 2020.  It will also allow them to franchise Brissett in the future without burning the first year and starting the escalators that can make keeping a quarterback under the tag prohibitive (see the Redskins and Kirk Cousins).

There will be a new collective bargaining agreement in 2021, and the rules regarding future franchise tagging may be affected in a way that makes it prohibitively expensive, especially with escalators.

This two-year deal is much smarter than rolling through 2019 while learning what Brissett can become on the fly, and then being forced to accommodate him as his rookie contract expires.

It’s also fair to pay a starter more than his back-up.  Brian Hoyer will earn $4-million per year for the next three years, and everyone in the Colts organization has their fingers crossed he never takes a live snap.  It would hardly be cricket to pay a guy who will take all the snaps half the cash earned by the clipboard keeper.  That has nothing to do with the smarts of the extension, but it shows the Colts understand a locker room that pays attention to a sense of fair-play in business.