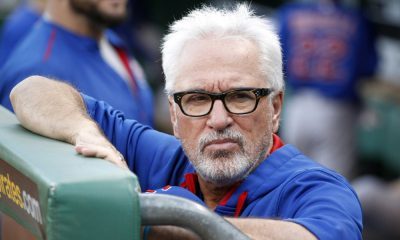 Joe Maddon is out, and his replacement is going to have to check more boxes than Maddon did.

Joe Maddon will be replaced as manager by the Chicago Cubs for the 2020 season.  Many Cubs fans not happy about that.

They feel a leader who found a way to lead the Cubs to their first world championship in 108 years should be able to leave on his own terms and schedule.  Their gratitude is all about 2016, and who can blame them?  Most Cubs fans are thrilled they lived long enough to celebrate a championship, and those who were responsible are deities.

Fans who watched a lot of Cubs games in 2018 and 2019 saw a less energetic team that became sloppier with each passing month.  Baserunning errors, fielding miscues, swinging at pitches out of the zone with a favorable count, and overall poor execution defined the Cubs.

But before we kick Maddon on his way out the door, let’s remember that there are two keys in baseball and business when deciding to tell a manager to pack a box.  The first is determining whether he needs to be replaced.  The other is to hire a manager who who be a net improvement over the previous leader.  Sometimes that’s easy, as was the case when Maddon succeeded Rick Renteria.  Nothing against Renteria, but I bought season tickets the day Maddon was introduced at the Cubby Bear.

Maddon leaves the Cubs as fifth winningest manager in franchise history behind Cap Anson, Charlie Grimm, Frank Chance and Leo Durocher.  He and Chance are the only two among the 60 who have served in the post to win a World Series.

Filling Maddon’s shoes with an upgrade is not going to be as simple as when he replaced Renteria.  That’s not only because the Cubs thrived for three of Maddon’t five seasons, but because the Cubs are migrating their media coverage from NBC Sports Chicago, WGN-TV, and WLS-TV to the brand new Marquee Network.

Marquee will be the sole carrier of Cubs baseball, and it is scheduled to launch in February.  It hasn’t signed agreements with any carriers yet, so this hire will be the primary offseason change in the narrative for Cubs Baseball.  It needs to thrill fans, or at least make them forget 84-78.

Maddon was not going to compel fans to bombard AT&T, DirecTV, YouTube TV, Playstation Vue, Spectrum or Comcast with angry calls as negotiations carry on toward opening day.  But whomever follows him needs to lead the enthusiastic charge to win clearance to the tune of a likely $4-$6 monthly charges per household.

As we try to predict who the Cubs will hire as their next manager, do not discount the influence of Marquee.  Two of the five candidates listed as possibilities are employees of national sports networks, and both are former Cubs.  David Ross (ESPN) and Mark DeRosa (MLB) are excellent on TV, popular with fans, and can be sold as a next gen leader.

Ross just makes sense as a guy who checks a bunch of boxes.  Maybe he’ll be a great manager, but what he will certainly be is a very popular choice with players and fans.  That will be good for business, and remember owner Tom Ricketts didn’t major in baseball at the University of Chicago.  He got his MBA there.