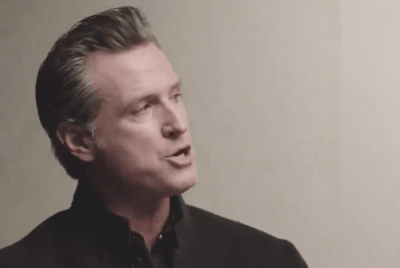 University presidents screwed up as they refused to adjust to what is good and right in dealing with their athletes and the right to monetize their image.  Now states like California are eager to force their hand.

California’s SB 206, signed into law yesterday, seeks to correct the arrogance so pervasive in academia, where old and learned men empower themselves to determine what is right for everyone under the umbrella of their self-granted authority.

The law prohibits penalizing a college athlete in California for monetizing his or her image through endorsement or licensing.  That means eligibility will not be sacrificed by an athlete who accepts cash for lending his name to a product or service – signing autographs at a car dealership, posing for a picture holding a sports drink, or smiling in a TV commercial for an insurance agent.  It goes into effect January 1, 2023.

Universities that comprise the membership of the NCAA have until that date to amend their rules to comport with the law.  Other states are considering similar legislation.

Critics have been quick to shriek about the pitfalls of allowing college athletes to be paid for an endorsement.  They say it will bring the end of the NCAA and corrupt the educational process that is said to be crucial to the popularity of college sports.

In every business – other than government – employees are allowed to generate cash from the use of their likeness.  For some reason people get salty when that possibility is advanced for college athletes.

They say that a college education that doesn’t force a student into crippling debt after graduation should be plenty for athletes.  There is no question that a college degree that comes without a substantial bill is a good thing, but the question of who defines “enough” is legitimate.  Zero has been enough until now, according to rule makers and their followers.

We’ve heard this sky-is-falling nuttiness before.  When the reserve clause in Major League Baseball was challenged by Curt Flood, people cried out that allowing players to leave their teams for the highest bidder would ruin the game.  The same happened when free agency came to the NFL.

Fringe elements will always fear the worst case scenario when change is proposed.  That’s human nature for some.  Every outcome of any change is negative for the fear-based who pack an umbrella in response to seeing a lone cloud in a blue sky.

The real effect of the changes mandated by SB 206 will be negligible from a fan’s perspective.  All the five-star players will still go to programs with a legitimate chance to win a championship and launch a pro career.  The cigar chomping boosters who will toss cash at a recruit are already doing it.

There will be complications – like category protections for schools who already have endorsement contracts with shoe companies, sports drinks, and insurance agents.  If the law allows athletes to wear shoes of their own choosing while Nike is paying their school $10-million for the same exposure, that will be a problem in need of a solution.

But the negative side effects of SB 206 are more than countered by the good that will come from the NCAA finally being forced to deal with an issue they have happily kicked down the road for decades.

Athletes so valuable to universities and sponsors will finally be allowed to claim their slice of the pie, and that is a big step in the right direction.

University presidents have three years and three months from today to figure out what that should look like.  Failure or more postponements will bring the wrath of states who jump on the SB 206 train.