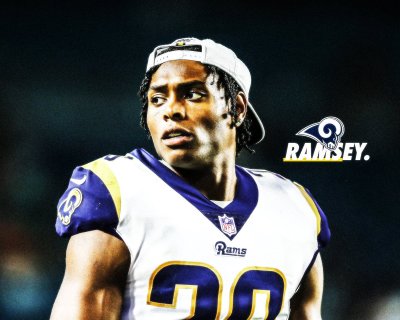 Jalen Ramsey goes to the Rams in a deal Chris Ballard would never make.

The Jacksonville Jaguars dealt problem cornerback Jalen Ramsey to the Rams for two 1st round picks and a 4th.  Jags are obviously angling for the future, while the Rams want to win right now.

Ramsey is a shut down corner displeased with how he was treated by the Jaguars, and the Rams feel he can put them over the hump as they pursue the city’s first NFL championship since the Raiders won in 1983.

The Colts don’t play that.  GM Chris Ballard will not mortgage the future to win now, nor will he forfeit the present to gather the resources to win down the road.

Ballard believes in building through drafting talent that fits within the culture of the locker room, and that over time that is the most likely way to compile a championship level roster.  There is no indulgence in panic for the Colts organization.  They embrace their system of prudence while teams like the Jaguars and Rams react to immediate emotional tumult.

There are examples of win-now deals working out – the Cubs trading Gleyber Torres for the three-month rental of Aroldys Chapman comes to mind.  The Cubs needed a closer to win the World Series, and the Yankees coveted Torres.  The Cubs won their first series since 1908, and the Yankees got a second baseman who may rake the Yanks to another crown while Chapman re-signed with the Yanks and has been their closer since returning in 2017.

The Cubs would love to have Torres, but would they go back in time and un-make that trade?  Not a chance.

During Ballard’s almost three years running the football operation for the Colts, he has shown a unique faculty for finding very talented players who bring an almost collegiate team-first attitude to football.

He’s doing it differently from his peers.  That’s a great way to either succeed or fail big.  Ballard’s trust for his operation is resolute, and a scenario where he would overreact by dealing multiple firsts for a talented malcontent is unfathomable.

We see the same sober leadership from Ballard during free agency.  During the first few days – as teams engage in frenzied bidding that destroys salary cap management strategies, Ballard patiently waits for prices to drop.  When they do, he grabs guys like Justin Houston and Eric Ebron who not only fill physical needs, but bring leadership to the locker room.

Colts fans saw the opposite during the grim regime of GM Ryan Grigson.  He spent on overrated free agents like a Powerball winner, and the Colts foundered.  Ballard took the reins, and suddenly wins returned to Indy.

The Jags may or may not reap the benefits of the Rams panicky move to acquire the best corner in the NFL.

Ramsey might be the piece the Rams need to hoist their first Lombardi Trophy.

Ballard will continue to slowly and surely build his roster through draft weekend patience.

We’ll see which tack is right is five years.

My money is on Ballard as hysterics rarely win big in the NFL.