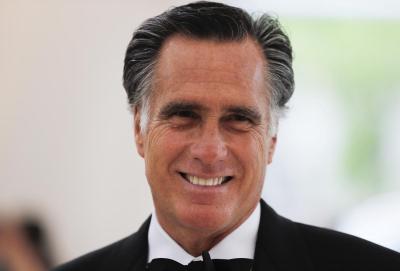 Professional twit Mitt Romney has rarely made less sense than in his comments about college athletes earning cash from endorsements. And that’s saying something.

“What you can’t have is a couple athletes on campus driving around in Ferraris while everybody else is basically having a hard time making ends meet.”

That’s republican United States senator Mitt Romney decrying a free market economic model for college athletes.  If “rich elitists in our suburbs” was substituted for “a couple of athletes on campus,” that quote could have come from socialist presidential candidate Bernie Sanders.

When Romney starts sounding like Sanders, common sense has taken a holiday.

People like Romney, who is worth roughly a quarter of a billion dollars, love griping about others being paid what they are worth while they live the high life.  There is no better definition of hypocrisy than rich people extolling the virtues of poverty.

And Romney wasn’t done advocating for the NCAA’s ability to restrict athletes’ ability to monetize their image in a free market, “While they’re at school, they’re still a student-athlete, and there has to be some limit to how much money is coming to an individual and there has to be a way to get compensation to other members of the team.”

Brand values vary.  That’s life.  Former Colts quarterback Peyton Manning earns a hell of a lot of money with endorsements while I’m not sure left tackle Tarik Glenn has ever cashed a check for the use of his image.  Tom Brady is married to Giselle Bündchen.  I don’t know who his offensive linemen are married to, but none of them are Giselle Bündchen.  Joe Namath is still coveted as a spokesperson.  What former Jets running back Emerson Boozer is doing, I don’t know.  The NFL world keeps spinning.

People know who the quarterback is, and linemen toil in obscurity.  All things are not equal, and the fairness Romney demands for collegiate athletes does not exist anywhere else.  Some are born into great wealth, while many live in poverty through no fault of their own.

College sports is a professional endeavor for everyone but the athletes.  No one moans about the sanctity of the amateur model being crucial to the survival of college sports as a reason John Calipari should be paid as a professor instead of his $8-million per year.

This isn’t a conversation about athletes becoming university employees – that’s a whole different matter.  This is about athletes pursuing compensation for their likeness just as every other student can. 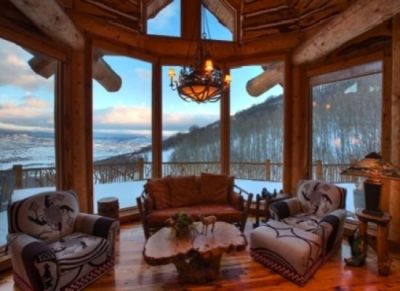 Romney’s life was not ruined when he bought this ski lodge, and college athletes would survive owning a nice car.

Romney is a paternalistic and pious twit playing to constituents who enjoy watching college sports played by athletes who are governed by a “plantation mentality” (not my words, by the way – they belong to Walter Byers, the man who invented the NCAA as we know it today as its executive director from 1951-1988).

Byers wrote in his memoir, “The college player cannot sell his own feet (the coach does that) nor can he sell his own name (the college will do that). This is the plantation mentality resurrected and blessed by today’s campus executives.”

In the book, he championed the federal government dissolving the NCAA as a cartel, “Collegiate amateurism is not a moral issue; it is an economic camouflage for monopoly practice. . . , operating an air-tight racket of supplying cheap athletic labor.”

Again, that’s from the guy who invented modern collegiate athletics and ushered it into the prosperous age in which it exists today.

The world and our country would be a much better place if bureaucrats stopped embracing greed as their principle ideology.  If they stopped worrying about feathering their nest by stripping bare the nests of others, problems like the exploitation of “student-athletes” would vanish and men like Romney would stop blathering incoherently about how wealth ruins the college experience.