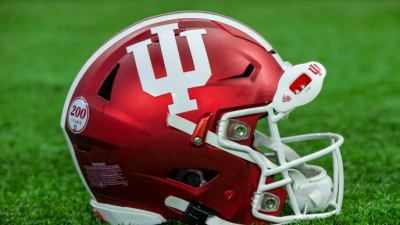 All over social media, IU fans are talking about how far this team has come and how this loss shows the progress the program is making.  That’s the same thing they’ve done for the last half century of mediocre to poor Indiana Football.

As the old saying goes, demand success – or doom yourself to tolerate failure.  Maybe tolerate should be replaced with celebrate.

Being happy Indiana out-gained Penn State 462-371 would be fine as long as the score reflected that advantage.  See, the score is what matters, not the yards gained.  IU turned the ball over twice, and failed to convert the worst looking fake punt since Chuck Pagano sent Griff Whalen and Colt Anderson into a suicide mission against the New England Patriots.

Before we get all misty-eyed about the effort from the Hoosiers – or blame Tom Allen for the loss because of the insane fake punt call – let’s remember the defense allowed an 18-play, 9:01 touchdown drive that included four third downs and two fourth down conversions.  That came when Indiana had momentum, and trailed by just three.  It ended with just 1:44 left on the clock.

To those who say IU has made strides, I agree.  But progress is not enough.  Others say it’s hard to win at Happy Valley.  Of course it is.  Yeah, they competed with Peyton Ramsey playing well in place of Michael Penix.  Let’s hang a banner a banner!

The game was there for Indiana to win.  The blueprint was drafted by Minnesota last weekend and executed well by Indiana 90% of the time.  It was not enough.

Seven wins is a nice result for a team that tallied just five during each of Allen’s first two seasons running the program.  Going to a bowl is seen as success for the Indiana program.  After all IU has gone bowling just three times in the last 25 seasons.

If that’s enough, that’s all you’ll get.  That goes for fans, coaches, players, administrators and everyone else tethered to the program.  Demand more or get ready for more of the same!

Penn State won the game today because the Nittany Lions program at every level demands success.  The same is true with Ohio State and Michigan.  All those close games against Michigan don’t mean a damn thing because IU managed to lose all of them back through 1988.

Go ahead and search for the silver lining, and clouds are what you’ll keep getting.

You don’t like the reality that IU lost because they tolerate it – and you do too?  Then you are a part of the problem.

Next week brings another opportunity for Indiana Football to demand success.

Patting them on the backside for coming close won’t help.