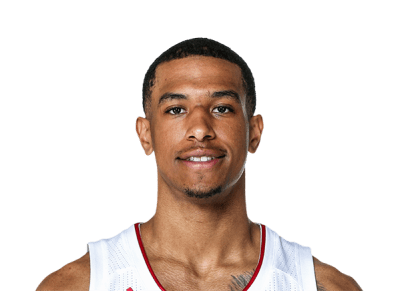 Has Devonte Green’s understanding of basketball matured, or is it too early to tell?

For three years, Indiana Hoosiers guard Devonte Green played mistake-filled basketball sprinkled with occasional flashes of excellence.  It appeared Green believed himself NBA ready, and that more toiling in Bloomington was an insult to his talent.

Through two games this season, it appears Green has turned a corner.  In each game, Green has dropped four dimes and committed only one turnover.  Granted, the two games were against Troy and Princeton, but to see Green operate inside the game rather than try to prove he’s capable of greatness shows a switch may have flipped for the mercurial senior.

There has never been any doubt of Green’s basketball pedigree (he’s the brother of 10-year NBA vet Danny Green) or raw ability as a shooter, but he has been prone to costing the Hoosiers as much as he provided.

College exists as an institution that promotes the evolution of absentminded and egomaniacal children into productive and selfless adults, and Green has become the most recent poster child for that process.

The collegiate dynamic was described in the 1973 film The Paper Chase.  Professor Kingsfield, played by John Houseman, says, “You come in here with a skull full of mush… and you leave thinking like a lawyer.”  Or in Green’s case, like a basketball player.

The change in Green’s play can be expressed in the assists and turnovers cited above, but it really needs to be observed subjectively.

There has always been a sense as we watched Indiana play the last three years that Green viewed himself as the sun and teammates as planets who orbited him.  Basketball was a solitary pursuit to prove superiority over teammates and opponents.

During our limited sample size of 46 minutes this season, it appears Green embraces the notion that he needs to operate as a cog – no more or less important than the four others with whom he shares the court.

His shots have come within the flow of the offense, and his passes have delivered the ball to teammates on time and on target.  Green could have earned two additional assists last night if teammates had converted relatively easy attempts within three feet of the basket.

As we look at the first five games of Archie Miller’s all-important third season at IU, the most relevant reason to believe the Hoosiers might be ready to take a step up in class and earn an NCAA Tournament berth is Green’s newly minted maturity.

When Green was named a captain prior to this season, I assumed this was Miller hoping Green would embrace the role as leader instead of having already earned it.  But it seems Miller simply made the obvious choice.

Basketball is my favorite sport because consistent devotion to the team as a unit is so difficult to understand and embrace for those with the athleticism and skill level to dominate a game through isolationist excellence.  Over these two games and the latter portion of last season, Green appears to have migrated toward an understanding that basketball is a team activity rather than a lonely pursuit of statistical brilliance.

Another strong incentive for talented players to operate in their own best interest is that the NBA rewards those seen as remarkable with millions of dollars while those who fall just short of worthy of an NBA contract get thousands.  If Green coveted what a teammate like Romeo Langford received after just one year in Bloomington, who can blame him?

That Green appears to embrace the notion of team success over personal glory is a sign for hope that Indiana is on the right road in its cultural rebuild.

It’s way too early for Indiana fans to get excited about this team and Green’s role in driving it toward being a successful Big 10 season, but in his 46 minutes it seems the kid whose assist to turnover ratio was approximately one-to-one in his first three seasons has grown into something quite different – a we-first leader.

Over the next four months we’ll see if Green’s play in these 46 minutes is a prelude to a successful senior year.