Here is what has been reported (click here for a summary from WTHR.com) about a total mess within the Roncalli football program and student body:

This a terrible story of indifference to the welfare of a student by a group of fellow students who failed to grasp the importance of treating human beings with respect.  Those who participated failed to measure up to a base level standard of humanity, and others who stood witness are equally culpable as unconcerned about a person in need.

Roncalli responded to calls for comment with this letter from Roncalli president Joe Hollowell: 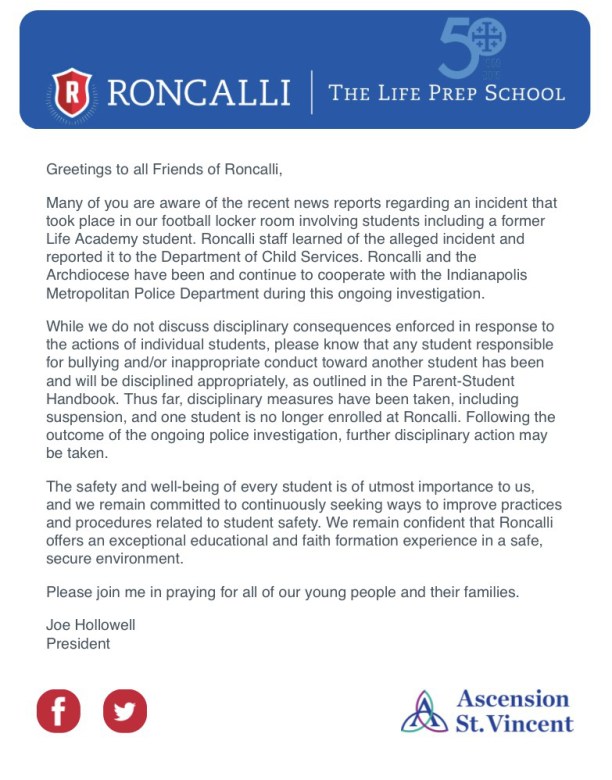 It seems one student was expelled, others were suspended, and more might be subject to future punishments.  The police are investigating, and we can hope charges will be filed so a clear message is sent that this kind about callous victimization of those in need will not be tolerated.

It’s a shame that some high school students need to be taught that all human beings deserve respect, and that tolerance, patience and being nice make life better for everyone.  But they do, and it’s up to schools like Roncalli to teach them.