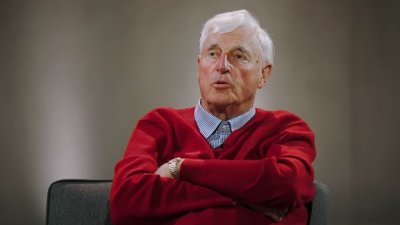 I wish I could write that I don’t care about Bob Knight coming back to Assembly Hall – that Knight is an unrepentant and self-immersed bully unworthy of our time and emotional investment.

But that’s impossible for me.  I care that Indiana Basketball fans have a chance to thank Knight for 29 years of irrepressible excellence.  Knight’s demanding swagger still defines the Indiana Basketball brand more than 19 years after his firing.

Even with all that time having passed and the renovations, every look at Assembly Hall conjures Knight’s image.

Knight has moved back to Bloomington, so all that keeps him from walking through the tunnel one more time onto that court he prowled as its unquestioned emperor is a quick drive and swallowed false pride.

One of the reasons Knight has publicly stayed away from IU Basketball is anger over being fired by then IU president Myles Brand, whose zero tolerant policy was defied once too often.  Brand and the others responsible for Knight’s termination are either dead or retired, so Knight’s residual  anger must be directed toward university buildings and landmarks.

Few current students remember a time when Knight coached basketball at all – much less at Indiana.  Many will recoil at the idea of a person fired under the circumstances that caused Knight’s departure being honored as a conquering hero prior to an IU game, but let’s remember   the entire breadth of his work.

Not only did Knight teams win three NCAA championship and 11 Big 10 titles, virtually all of his student-athletes earned degrees and he never cheated.  Knight’s salary at IU was paltry compared to his contributions to the university.

Knight represented all that is both good and bad about college basketball.  Yeah, he was a brash and unapologetic ogre, but he also took time to visit elderly fans a significant drive from Bloomington.  He demanded relentless loyalty that he was unwilling to return, but there were also moments of extreme generosity.

People either love or hate Knight.  No one straddles the fence.

It’s well known that Knight’s health is not great.  He has lapses in memory, and public appearances can be uncomfortable when his synapses stop firing in sequence.  But like MacArthur, Knight deserves a grand send-off – a massive showering of affection and appreciation for the good that came from those 29 years at Assembly Hall.

Indiana players, students, and alums who view Knight through the lens that focuses entirely on the negative need to forgive and embrace the good – at least for one night.  Knight needs to do the same and allow himself to enjoy a night of adulation.

Each of us has a dark side, an unpleasant ego-filled angry place that is warm, comfortable and entertaining in the moment.  The wake of unpleasantness, resentment and the resulting loneliness it leaves is impossible to tolerate, so most adapt toward less offensive behavior.  At least most of us do.  Knight didn’t.  I hope he does now.

Who knows whether Knight forgives himself for his angry outbursts and wretched indulgences.  It’s possible he’s never acknowledged them.  Maybe he’s forgotten them.  That’s better than being amused and proud of them.  Forgiveness would be best.  Forgetting a distant second.  Proud comes in a last.

But whatever we have thought, and whatever he continues to think, one thing is true – Knight owes Indiana Basketball and its fans an opportunity to thank him, and he owes himself one more moment of loud and raucous adoration.

We don’t need to do it more than once.  That one time is enough.  But, damn, that one time would be great for everyone, especially for Knight.

21 thoughts on “Bob Knight should return to Assembly Hall to forgive, forget, and enjoy one more night of Hoosier love”