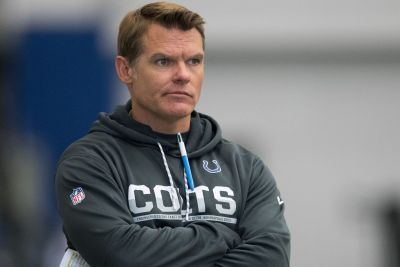 Colts GM Chris Ballard needs to answer questions about his own performance and how to improve in 2020.

With two games remaining, the 2019 season is over for the Indianapolis Colts, so we turn our attention to 2020.

There are many questions to be answered following the Colts collapse after starting the season 5-2 despite the retirement of Andrew Luck.  As fun as it was to watch last year’s team rally from 1-5 to earn a playoff spot, it is exactly that miserable to watch this group unravel.

All we have left are questions about the future general manager Chris Ballard will answer beginning today, so let’s ask five of them:

During last night’s Monday Night Football broadcast, analyst Booger McFarland said that Brissett will be the quarterback of the future.  Then Brissett completed only 18 of 34 passes for 165 yards and no touchdowns.  Brissett ranks between 16th and 24th in meaningful passing statistics other than interceptions, and that’s not nearly good enough to win a championship.  He doesn’t give the ball away, but he doesn’t make many plays either.  Colts GM Chris Ballard would like it if Brissett is their quarterback of the future, but bad throws and reads make that seem like a long shot.

Quarterbacks tend to take a little time to develop, and the Colts would like to win sooner rather than later.  They might play it safe by drafting a weapon for Brissett, who has nothing dynamic at his disposal with injuries to wide receivers Devin Funchess, Chester Rogers, Parris Campbell and T.Y. Hilton, as well as tight end Eric Ebron.  Ballard might also draft Brissett’s replacement.  Is it fair for Brissett to be judged without a full compliment of receivers?  That’s why they pay Ballard the big bucks.

The immediate answer for anyone who watched last night’s debacle is a resounding yes.  Allowing Drew Brees to operate against a shell zone without pressure seemed foolish, and Brees completing all but one of his 30 attempts for a 96.7% completion rate revealed it to be as ill-conceived in practice as in principle.

The first rule of coaching is to out scheme the fans.  Taunting Brees with a soft zone while never sacking him was silly to everyone who invested time watching the game.

There are many very bright defensive coordinators who have been torched by Drew Brees, but last night seemed to be schematic malpractice.

Sadly, it’s not as though this was the defense’s only failure.  Last week, the Colts defense gave up 38 points to the Tampa Bay Bucs despite forcing four turnovers.  I’ve never seen that.

The Colts defense is ranked in the middle of NFL teams in all defensive categories despite relative health.

Why do the Colts always seemed to rack up an absurd number of injuries?

Great question.  I don’t have an answer.  Ballard needs to find the answer – immediately.  No NFL team is good enough to win with the spate of injuries suffered annually by the Colts.  I know the Colts have done exhaustive research in this area, but they need to find the answer.

Is Chad Kelly worth a spin in these final two games?

Fans always love the backup who looks great during the preseason against players destined to be cut.  Kelly is the latest.  Fans are also well known for looking at a 6-8 team and wondering what would be lost by giving some guy they have never seen screw up a shot.  GMs and coaches would tell you there is plenty to lose.

What the hell is going on with special teams?

Opponents have missed a total of two field goal attempts and zero extra points while the Colts have missed 15.  There have been blocked kicks, missed blocks, ridiculous penalties and more.  Does the responsibility land with personnel or coordinator Bubba Ventrone?  Missed kicks were most due to Adam Vinatieri’s balky left knee, but something is off-kilter everywhere else.  Special teams are rarely an area that wins games, but they can sure lose them – and they have for the 2019 Colts.

Ballard faces all of these questions while knowing answers will reveal errors of his own judgment.  That’s when leadership gets tough and big boy pants are required.  Anyone can clean up a predecessor’s mess, but it’s more difficult to assess your own shortcomings, adjust and correct processes you developed.

Whether Ballard is the right GM for the Colts was never going to be answered by how he improved the systems and roster implemented by former GM Ryan Grigson.  I could have done that.  Whether he gets the Colts to a Super Bowl will depend entirely upon how much better he is at his job in 2020 than he was in 2017, 2018 and 2019.

And the five questions above only scratch the surface of the heavy lifting Ballard needs to do.