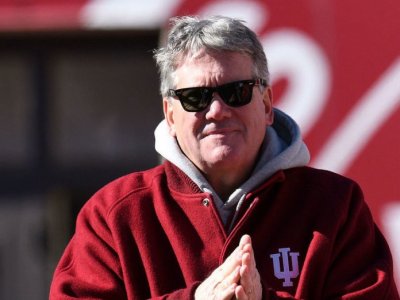 Maybe the same people who hired Fred Glass will be smart enough to hire the right candidate to replace him.

It is said by very astute business leaders that the chances of making a terrible decision increases with every additional person involved in the process.

Indiana University appears to be testing the limits of that axiom with the formation of a 14-person search committee to find the replacement for athletic director Fred Glass.

The committee includes six IU administrators/professors, four alums/donors who are members of the IU Foundation, three head coaches and one student-athlete.  It is chaired by Bill Stephan, the same guy who chaired the committee that selected Glass 10 years ago.

My hope is that this committee is a sham that provides 14 people representing four constituencies a perceived voice in the selection process, but confers no power to them whatsoever.

The athletic director is a very important position within Indiana University charged with ensuring a fulfilling experience for student-athletes from both an athletic and academic perspective.  The AD puts in place and reinforces the culture that allows athletes the ability to pursue their potential in competition and the classroom.  The AD keeps them safe and challenged by employing coaches and building facilities embodying that culture.

The responsibility for hiring a person to a position of such importance cannot be trusted to donors, an athlete, people who will be managed by the AD, and a group of university bureaucrats.  But each of those fiefdoms would like to feel their voices have been heard.  That, I hope, is the point of the committee – the canard of perceived importance for people who enjoy pontificating.

I would suspect this committee might be trusted to make a legitimate recommendation if not for the inclusion of an athlete.  While the IU women’s soccer team member named to the committee might be brilliant in every way, her unquestioned lack of meaningful managerial experience renders her opinion valueless.

Coaches destined to be managed by the new AD also have no business in the selection process.  There is a reason staffers are not tasked with hiring managers.  Self-serving biases are unavoidable.

Donors write checks in exchange for access, in addition to feeling good about helping their university.  If IU values major gifts, like Cindy Simon-Skjodt’s $47-million to renovate Assembly Hall, it also needs to value her perspective.  At the very least, she needs a chair at a table where people debate the merits of candidates – even if the debate has no bearing on the actual decision.

A great way to preemptively shut up IU administrators is to get their buy-in on the front end as an athletic director is hired.  Not inviting them can be perilous because they live to second guess.  Giving them perceived ownership of the first guess silences the second guess.

There is one person whose input would be incredibly valuable, and that is Glass himself.  No one on the planet understands better than Glass the traits are required by his position.  That apparent exclusion is another reason to suspect this committee is strategic rather than functional.

It would be great if IU president Michael McRobbie stood up and said, “Hiring department heads is my biggest responsibility.  It’s what I get paid to do.  I’ll handle this without the input of donors, coaches, professors, and especially a student who is blissfully unaware of the awesome responsibilities of the position of athletic director.  This is my call and I alone will make it!”

It needs to be enough to hope that McRobbie understands his responsibility, but is smart enough to not voice it.

My faith the right decision will be made is driven by Glass being hired a decade ago via the same people executing the same procedures.  If they were smart enough to find Fred, I’ll trust they might be able to get it right again.

Until they don’t.  And then all bets are off because I have no voice in the decision.  All I have left is my ability to second guess.