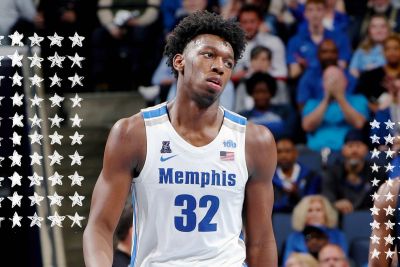 James Wiseman won’t play again for Memphis. College basketball will not be less without him.

Media hot take artists are in a snit over James Wiseman leaving Memphis to prepare for the NBA.

It will be thrilling.

Stars are made by the NCAA Tournament, not the other way around.  The star-making power of the NCAA Tournament is so immense that it turned 98-year-old Sister Jean of Loyola University Chicago into a national sensation during the 2018 tourney.

March Madness is about teams and schools, not stars.  This is not the NBA.  It was a quaint little spectacle back in the day, and then people started filling out brackets.  The 1979 NCAA Tournament turned Larry Bird and Magic Johnson into stars as they competed in the championship[ game, and that star power was bright enough that the NBA morphed from the finals being shown on tape delay to the global Goliath it is today.

Media  hysterics and hot take artists yelping about the NCAA being at fault for Wiseman’s decision to bolt Memphis is precisely the reason he feels comfortable leaving.  His ticket is punched, and he’s getting more attention by walking away than by anything he’s done on the court.  Media is good at many things, but it might be best at giving 18-year-olds an inflated sense of entitlement that proves to be their ruin.

A little history lesson for those who have forgotten – Wiseman has been suspended because his mother accepted an $11,000 loan from Penny Hardaway to move to Memphis, where Wiseman played for the high school team Hardaway coached.  Hardaway and Wiseman won a state championship, Hardaway was hired as head coach at Memphis, and Wiseman committed to play there.  Because Hardaway was a Memphis booster at the time, Wiseman was suspended until January 12.

I’m writing this in historic Hinkle Fieldhouse, one of the great halls of college basketball, where basketball is taught and played by college students.  It’s the place where hall of fame coach Tony Hinkle invented the orange basketball, Barry Collier devised and perfected “The Butler Way”, and Brad Stevens coached teams to back-to-back NCAA Championship games in 2010 and 2011.

Perhaps no building in America has a greater claim to being the heart of all that is good about college basketball than Hinkle Fieldhouse.  I look at the court, the original court still in use today that was installed when the building was constructed in 1928, and try to picture someone deciding he would rather train in isolation for the NBA rather than compete with teammates.  It’s too incongruous to imagine.

Hey, kids and families have to make decisions to answer longterm financial needs, but hurrying through experiences meant to be enjoyed and savored seems like something a wise parent counsels against.

Blaming the same NCAA that helps student-athletes here work toward their potential on the court and in the classroom for the Wiseman debacle is contrary to logic.  Believing college basketball and its centerpiece event will be less special because of the absence of a young man who doesn’t value the experience enough to participate in it is ludicrous.

College basketball was no less popular when splendid players like Kevin Garnett, Kobe Bryant, and LeBron James moved straight from high school to the NBA, so I doubt it will miss Wiseman.

March Madness will be here in three months, and over 1,000 competitors and coaches will be thrilled to experience it.  Millions of fans will fill out brackets with their hearts instead of their heads, and a few will be thrilled with the results.  The rest will have to settle for witnessing incredible upsets, many shining moments, and the birth of several stars.

And very few will remember the kid who said no to all of it.