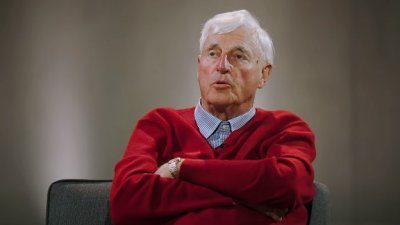 With Bob Knight living a couple of miles from Assembly Hall, why shouldn’t Archie Miller pop over to talk basketball?

When Indiana got home Saturday night after getting drilled at Maryland, coach Archie Miller drove straight from the airport to Bob Knight’s house near College Mall to seek advice about his team.

After all, when the guy who led the Hoosiers to 11 Big 10 titles, five Final Fours, and three National Championships lives three miles from Miller’s office, why wouldn’t he make the drive to seek the counsel of one of the greatest minds in college basketball history.

Here is the transcript of that brief conversation after the initial pleasantries:

Miller:  Coach, we lost to Maryland.  Couldn’t score like we needed to.

Knight:  Yeah, I saw it.  Let me ask you a question.  How many shooters do you have?

Knight:  (Interrupting) Wait a minute.  Durham and Phinisee made two shots against Maryland, so don’t talk to me about Phinisee and Durham being shooters.  Shooters shoot.  And they make shots.  If you had shooters, they would score, and you wouldn’t get your ass beat by 30.

Knight:  Bullshit.  You were down 71-41 when Turgeon emptied the bench.  Should have been 40.  You think I’m not watching?  Don’t treat me like Russ Brown, Billy Reed, Robin Miller, and the rest of those media pains in the ass I had to deal with.

Knight:  Green?  Jesus.  The Davis kid is the best you have.  What percentage of possessions are there in a game where he doesn’t get a touch?

Knight:  What the hell kind of offense are you running where your best offensive player gets a touch half the time?  Run everything through that kid.  Green can shoot, but that’s a double edged sword for you.  When he makes, he believes they’re all going in, which they aren’t.  Seems like Green runs the offense he wants instead of the offense you want.  Get the ball to Davis, and if the defense doubles kick it to a kid for a three.  If you don’t have kids who can hit an open three, go get some.  You cannot allow Green to dictate terms offensively.

Miller:  There is some of that.

Miller:  It’s $3.2 million, coach, but I get the point.  If I sit Devonte, I have no one scoring from the outside.

Knight:  With him you got your ass run out of the gym at Maryland.  One in four games, he hits a bunch of shots.  You like winning one out of four games?  Can you coach or not?

Miller:  Yeah, I can coach.

Knight:  Then coach ’em, damn it.  It’s just crazy to me that coaches are willing to give over the direction of a team to 20-year-olds who don’t know their ass from third base.  Take charge of your team.  You know how many guys left when I coached ’em.  Dozens.  And we were just fine.  Addition by subtraction is a hell of a motivator.

Knight:  That’s horseshit.  Go find tough kids ready to be coached.  Look at Butler.  I mean those goddamn kids play hard.  Look at McDermott.  He hits threes, rebounds, and defends.  He’s an Indiana kid that Indiana didn’t recruit.  How f***ing dumb is that?  Don’t just recruit Indiana.  Recruit the right kind of Indiana kid.  I look at your team, and the lack of toughness wears my ass out.

Knight:  Yeah.  Your team has no aversion to making mistakes.  If I’ve said it once, I’ve said it 10,000 times – victory favors the team making the fewer mistakes.  Stupid ass turnover?  Put somebody else in there.  If you get down to that Bieber walk-on kid, fine.  Put his ass in there.

Knight:  Yeah, whoever.  Bieber, Bybee.  Whoever the hell it is.  Kid doesn’t take care of the ball, it’s bye-bye! (Laughs)  Good to see you.  Hook me up with some tickets for the Purdue game, will you?  I have to pick up dinner at Chick-fil-A.  Good luck to you.  Remember this.  If you aren’t tough, you’re players will never be tough.  Soft players don’t win, and they aren’t any fun to coach.

Of course this conversation never happened, but there are a lot of Indiana fans who would love it to.  And why shouldn’t they talk?  Knight lives a five minute drive away.