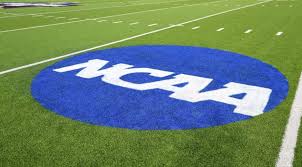 Logic is dragging the NCAA into the 21st Century. They can drag their feet all they like, but student-athletes deserve freedom coaches enjoy.

When a company hosts a brain storm, most ideas are dismissed immediately, a few are earmarked for further discussion, and some are approved as “just do.”  The NCAA needs approve immediate eligibility for first-time transfers as a “just-do.”

Instead, this change in legislation will continue down the path of entrenched bureaucracy the NCAA has created to slow all proposals to a crawl in the effort to not actually change anything.  This is despite the head of the committee studying this issue expressing a keen understanding this will be a positive change, “The current system is unsustainable. Working group members believe it’s time to bring our transfer rules more in line with today’s college landscape,” said working group chair Jon Steinbrecher, commissioner of the Mid-American Conference.

“This concept provides a uniform approach that is understandable, predictable and objective. Most importantly, it benefits students.”

The Big 10 and ACC have both given their stamp of approval to the change, but the NCAA’s working group on the issue has decided to seek feedback to ensure all possible unintended consequences are exposed prior to the legislation being approved.

Normally, that level of scrutiny is good business, but in this case what the NCAA slowing is bringing men’s and women’s basketball, football, baseball and men’s ice hockey into alignment with athletes competing in all other sports for whom immediate eligibility for first-time transfers is automatically granted given a few sensible criteria.

If it works in wrestling, swimming, and track, why would it not work for student-athletes in the other five sports?

This is what drives people crazy about bureaucracy.  The details of a common sense proposal are vetted to within an inch of their existence before finally reaching the point at which it becomes policy.

Even more odious than the NCAA’s plodding toward reason are complaints from coaches that the result of immediate eligibility will be prospects they develop will bounce to a bigger program.  How is that a bad thing for a student-athlete?  Oh wait, it isn’t.  It could be bad for some coaches.  At what point did the focus of collegiate athletics become what’s good for coaches at the expense of the players?  (That’s a hypothetical question, by the way.)

Some say sitting for a year is a good thing for student-athletes.  That’s true.  Chilling for a year can help some acclimate to the new surroundings.  But if that’s a righteous concern, why aren’t athletes in other spots forced to sit.  If a coach or athlete feels like it’s good to red-shirt, go ahead and red shirt!

There is also the argument that because of blanket eligibility for transfers, coaches will tamper with athletes as they play for other programs.  Guess what.  It already happens.

This rule change will not cause problems that don’t already exist, will allow athletes to better enjoy their college careers, and will free the NCAA from the onerous task of evaluating thousands of transfer waivers seeking immediate eligible.

Better for athletes.  Solving some problems while causing none.  Coaches griping.  Check, check, and check!

Just approve the damn thing and let’s move on to the NIL issue!