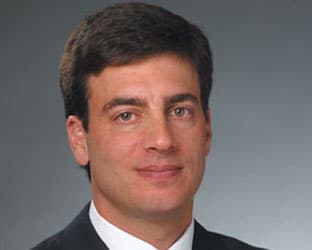 Entercom CEO David Field made cuts yesterday, and his email to staff promises there will be more.

Entercom fired a bunch of radio professionals yesterday.  Believe it or not, that saddens me more for the company than the individuals who were told to pack a box.

Big media companies, despite their insistence to the contrary, are mostly the same.  They are too big to quickly pivot or embrace that their most important product is their personnel.  Radio is not about systems – it’s about person to person connection between hosts/jocks with a vast amount of individual consumers.

The hosts and jocks who were sent into professional weightlessness yesterday still have the ability to communicate, work ethic, and innate friendliness that made them successful at Entercom.  They lose nothing other than the very one-sided partnership they enjoyed with an employer who profited disproportionately because of their gifts.

Entercom became less special through that willful loss of human equity, and they will find it harder to profit because of their absence once the new normal of the American economy is established.

Radio, and all media, has long been in the process of trying to grow profits through trimming expenses rather than expanding avenues for additional revenue.  It takes creativity and intelligence to expand and create wealth.  It takes nothing more than a red pen and a human resources department to cut payroll by 20% every year.

That’s not to castigate Entercom for the cuts, but to call attention to two things.  First, the displaced employees will be fine.  Their talent to communicate and make friends is commutable to many other businesses.

Second, big is not always better.  Deregulation of media that allowed individual corporations to own hundreds of TV and radio stations as well as newspapers was great for the owners whose growth expanded exponentially in the 1990s, but terrible for long-term business and consumers.  That’s the topic of a long post of its own, but trust me, the products of individual radio and TV stations, and newspapers have suffered tremendously because of deregulation.

Entercom did what it had to do to maintain financial viability, and according to an email from CEO David Field yesterday, more cuts are coming, “We are doing everything in our power to minimize the number of layoffs through shared sacrifice across the organization, but we will still need to eliminate or furlough a significant number of positions.”

I take David at his word, and understand that Entercom is not alone.  iHeart made massive cuts two months ago and Cumulus has been in the process of gutting its work force for years.

During the kind of significant interruption in cash flow the Coronavirus crisis has caused, the first expense to get cut by businesses is marketing.  Cancellations of ad buys have been a reality for a couple of weeks, and they continue.  No money coming in – no money to pay talent. Pay cuts of 20-30% for retained employees have bought a little time, but if this pause in business as usual becomes long-term reality, the people cut yesterday will be the lucky ones because they will have a head start on the rest who will follow them into job searches.

There is the possibility of a silver lining surrounding these dark economic clouds for radio companies – profits will dwindle to the point that Entercom, iHeart, and Cumulus may decide selling stations is a better strategy than gutting them.  They will sell to people committed to operating stations six and seven at a time, and the medium will become vibrant and cool again.

That’s a long shot, but we can dream, right?