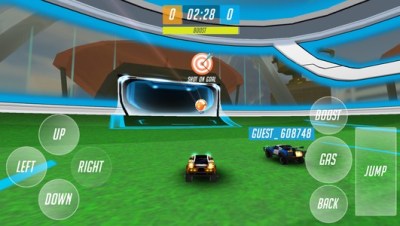 This is Rocketball, and I never want to watch it on TV again – EVER!

Whether or not there are fans in the stands, I don’t care.  After spending an hour on Sunday watching the world championship of a team video game called Rocketball, I am ready to watch real people play real games in real time.

Earlier this week, I watched a computer simulation of the Indiana Pacers playing the Miami Heat.  This wasn’t people playing NBA2K – it was an entirely computer generated game that the Heat won.  I yelled at the TV because the computerized T.J. Warren would not stop shooting and missing while Victor Oladipo was wide open and hotter than hell.

ESPN bloviator-in-residence Chris Berman guested on Sportscenter earlier this week and said the sports without fans just doesn’t seem right and that the return of the NBA and Major League Baseball should be delayed until fans can return too.

The vast majority of collegiate and high school athletic events are held in front of friends and family.  Players still go hard and compete.  Should they not play because only their parents care about the results?  Of course not.  Professional sports rely upon ticketed fans for revenue – not quality of play.

Sure it will be weird to see athletes in front of empty seats, but if that becomes a disqualifier for holding games, the Chicago White Sox would have ceased to exist a half century ago.  (Okay, that’s a cheap shot from a Cubs fan at a franchise that has always had a problem drawing fans because of many factors – including the superiority of the Cubs as well as Wrigley Field as a ballpark.)

I have been reduced to watching thoroughbred racing to catch anything competitive and live, and I have friends regularly betting on Russian ping pong.  They are convinced the games are rigged, which seems an odd complaint as they know nothing of the competitors, and whether it’s fixed or not has no impact upon their ability to pick winners.

Life is better with live sports on TV, and if playing without fans puts something on my TV other than Coronavirus briefings, video games, and horse racing – I am IN!  BIG IN!

I care about the fan impact on games only when I am one of those fans.  I love going to Pacers, Colts, Cubs, Hoosiers, Bulldogs, Eleven, Indians, Boilermakers and Fuel games.  I attend a bunch of high school football and basketball games every year too.  One of the last events I attended prior to the cancellation of all events was the Big 10 Women’s Basketball Tournament, and I loved it.  Watching Ali Patberg play for Indiana was joyous, but given a choice between watching on TV and games being canceled, I TAKE WATCHING GAMES ON TV.  ALL DAY!  EVERY DAY!

What Berman was thinking, I have no idea.  But that’s nothing new.  Give me live sports once it is safe for the players and coaches!