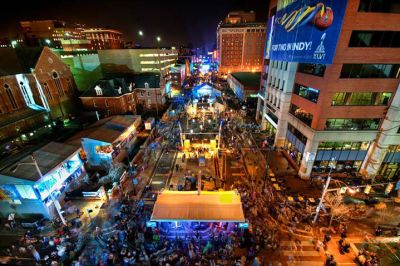 All those people – all that money. All those taxes, all those teachers, police, and firefighters.

Those of us who are not economists or epidemiologists are in the midst of a moment in history we find difficult to understand.

We don’t want any more people to dies of the Coronavirus.  That much is easy.  If social distancing helps keep our neighbors safe, it’s a small price to pay.  The word “mitigation” is used constantly by Dr. Fauci and Dr. Birx in their explanations of how viruses can be stopped.  If we mitigate until there is a vaccine, we can save lives – many thousands of lives.

Then we look at our bank accounts.  Uh-oh.  Our sources of income are withering because of this social distancing.  We might be mitigating ourselves into foreclosures or evictions.  Even worse for cities and towns where we live, we aren’t spending money because we aren’t making money.  That means sales and income taxes that fund our police and fire departments as well as our schools aren’t collected.

Mitigation requires that people stay home.  That means no congregation, and those who work in the service industry have no one to serve and no taxes to pay because they have no income.  They file for unemployment, which further depletes state government reservoirs of cash, and so it goes until economic bedrock comes.

Over a half century ago, a bunch of smart people gathered in Indianapolis to establish a goal for the city that would fuel the economy and build a brand for a city without one.  They landed on sports.  The goal was to build a city that could host a Summer Olympics.  All decisions were made through the prism of becoming the “Amateur Sports Capitol of the World.”

Despite realizing an Olympics was an unrealistic dream, the results of building a city around sports set Indy on a path of tremendous growth.  The Pacers migrated from the ABA to the NBA.  The Colts relocated to Indy from Baltimore.  The NCAA moved here and hosts a major event here at least once each year.  Market Square Arena and the Hoosier Dome were built, and were replaced by Bankers Life Fieldhouse and Lucas Oil Stadium.  Hotels and restaurants fill downtown.  Super Bowl XLVI was hosted here, and the NBA All Star Weekend is scheduled in Indy next February with a Final Four coming six or seven weeks later.

And how about the 300,000 people who stream into Speedway to watch the Indianapolis 500 every year?  Thousands of Hoosiers reap a tidy harvest from the world’s largest single day sporting event!

If sports as an economic driver is put on hold for more than a year while a Coronavirus vaccine is developed, tested, approved, mass produced, and dispensed, Indianapolis will radically change during the wait.

It’s even worse for college towns.  Knoxville, Bloomington, West Lafayette, South Bend, Columbia (MO), Columbus (OH), Ann Arbor (MI), and dozens of similar towns are utterly reliant upon the colleges and their athletic events to draw thousands of fans and millions of dollars.  Without the college students, their economies would wither in weeks.

But we don’t want people to die of the Coronavirus either.  Is the answer masks for everyone, a health pass issued by the state, rushing through protocols for a vaccine, massive antibody testing and plasma treatments, or a year’s worth of government subsidies for businesses?  I don’t know.  Like you, I am neither an epidemiologist nor an economist.

I do know this, people going places as a group brings cash to cities and towns that builds roads and schools, and pays teachers, policemen, and firefighters.  Life without those publicly funded necessities would be chaos.  Unless you’re a minimalist who wants to live off the grid, this is not the kind of society you want.

We are in the midst of a time that needs a hero – a person much smarter than we are to find a cure or vaccine within the next three months because the consequence of waiting longer than that puts us in an impossible position.

No one wants to risk the lives of an “acceptable” number of loved ones with underlying health issues in order to get the economy rolling again.

Without a hero, that’s exactly where we are headed.