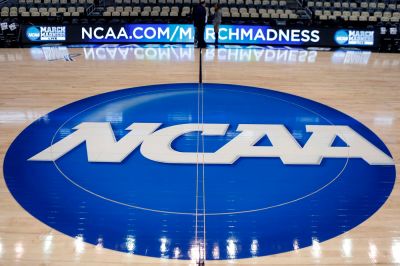 Nothing screams “The NCAA has it twisted and backwards” like the headline to its announcement on likely changes to its rules governing a student-athlete’s ability to profit for his or her brand value:

“The NCAA’s highest governing body has taken unprecedented steps to allow college athletes to be compensated for their name, image and likeness”

What is unprecedented is the pace at which the NCAA has embraced the very American and logical idea that human beings should be free to monetize their image.

For decades, the argument that a student-athlete should be able to market him or herself was answered with laughter by NCAA executives and university athletic directors and coaches.  The reason was self-serving and obvious – every marketing dollar paid to a student-athlete by a company or business owner is a dollar not paid to a university or coach.

Cash has been the chief priority of coaches and athletic departments since the beginning of college sports, and opposition to the thought of athletes as independent marketers has shown their greed.

That would still be the case if not for the Ed O’Bannon lawsuit and state legislation that threatens to strip the NCAA’s power to enforce rules prohibiting student-athletes from earning cash for use of their likeness.

Funny how lawsuits and the threat of state governments going rogue to strip the NCAA of power suddenly shook some sense into the college sports power structure.

“The pain of change must always outweigh the pain of the status quo for change to occur,” is one of the immutable rules of human behavior.  So let’s not twist this into the NCAA finally seeing the light of what is good and right.  The NCAA is not suddenly ready to act to correct its own self-serving legislation for any reason other than the California State Legislature and U.S. Congress being ready to put a gun to its very arrogant and greedy head.

There are a few restrictions to recommendations from the NCAA Board of Governors:

Athletes will be able to contract with agents for the sole purpose of executing deals, which is only logical.

And let’s be honest about this too – the NCAA accommodating compensation for an athlete’s name, image, and likeness is going to affect very few student athletes.  Take Indiana University for instance:

How many IU football players would you recognize if you bumped into them on the street?  Any?  Basketball at Indiana is different.  Trayce Jackson-Davis and Rob Phinisee have brand value, as do a few others.

Schools in the SEC would see the opposite dynamic – football would be huge with basketball generating minimal interest among advertisers.

There will be a lot of hand-wringing about the potential for corruption as this process begins, but as long as we remember that some college football and men’s basketball programs are already acknowledged as being corrupt, college athletics should be able to adapt quickly and easily to student-athletes getting a small piece of the sponsorship pie.

There are headaches that coaches will need to deal with – like jealousies among teammates – but people making millions should be able to handle that, right?  Plus, that income disparity  exists in every level of professional sports and business as well.  That’s the way life works – the best get paid the most.

It’s all going to be okay.