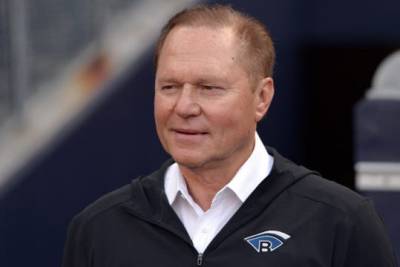 Baseball Agent Scott Boras has a very specific skill set that works for his clients, but his most recent advice might cost players jobs and millions of dollars.

Player agent Scott Boras has made a very handsome living for a very long time zealously representing baseball players as salaries have exploded.  He’s all about cash, and players need a guy like Boras to make sure they earn top dollar for playing baseball.  Many would play for free, but because of guys like Boras, they don’t.

Yesterday, Boras sent an email to his clients that expressed his position regarding the talks that will either bring baseball back – or kill it for this strange year.  “Remember, games cannot be played without you.  Players should not agree to further pay cuts to bail out the owners. Let owners take some of their record revenues and profits from the past several years and pay you the prorated salaries you agreed to accept or let them borrow against the asset values they created from the use of those profits players generated.”

The intractability represented by Boras’s words, if acted upon, virtually dooms baseball to a zombie year where the game goes away – both literally and in fans’ consciousness.  The NFL is likely to not miss a beat, despite a likelihood that fans in stadiums will at the very least be reduced.  The NHL has a plan to return, and the NBA is almost certain to formalize a plan today that will bring basketball back in late July.

That leaves baseball as the lone outlier to shutter for a full season – if players and owners can’t find a path to reconciliation.  There is a very real danger that fans would decide to allocate resources elsewhere in 2021 and beyond if the 2020 season is completely scrubbed.

Under the best of circumstances with 20% unemployment, marketing budgets slashed, and profit margins disappearing, discretionary dollars will be at a premium for the next year or two as the economy rebuilds.  The easiest cut from family and corporate budgets is overpriced tickets to events that are equal parts fun and a pain in the ass to attend.

These are potentially dire times for baseball, and not budging during negotiations will cause hard feelings – not just among owners and players, but between fans and the game itself.  With other leagues behaving rationally, fans are likely to continue to gravitate toward football and basketball, and away from what used to be our national pastime.

Work stoppages have been survived in all sports prior to this.  It’s always been assumed fans would return and hard feelings would soften, but these are different times, tougher times.  Millions of Americans have seen their meager incomes slashed or eliminated, and the optics of players refusing to accept millions of dollars to play baseball and distract us from our very different and isolated lives would be remembered for a long time.

Athletes need greedy people to represent them on occasion.  Owners need to play hardball to ensure a significant return on investment.  During normal times, fans understand watching the sausage being made in these negotiations can be ugly.  These are not ordinary times.  These are tough times – emotionally and financially – and those who keep fans in mind will be remembered favorably.  Those who don’t will be remembered too.

Baseball has an opportunity to look beyond itself and embrace its role as a national healer, or repel a shrinking fanbase through expressions of unchecked greed.

Following Boras’s advice has made a lot of baseball players millions and millions of dollars for several decades.  This time, though, his advice might cause longterm harm that reduces baseball to a second tier major league which would cost them many more millions.

The time is right for both owners and players to suspend their normal selfish agendas and embrace a desire to do what’s right for society.  That simple and selfless act would ensure consumer trust as restrictions are reduced and normal life returns.