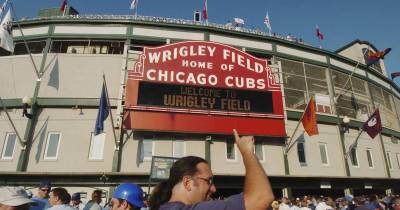 Baseball needs to get its head out of its ass or suffer the consequences.

Our society craves a feeling of shared sacrifice and empathy for one another.  Between the riots and Coronavirus, many feel isolated, agitated, and downright afraid of what might happen next.  Baseball has responded by bickering over how many millions of dollars men will be paid for playing baseball and owning baseball teams during this tumultuous summer.

Under normal circumstances, fans tend to forgive sports leagues and player unions for posturing during negotiations.  We understand that contentiousness and selfishness are parts of the process as fair middle ground is found for the division of a giant pile of money.

These are not normal times, but it appears Major League Baseball is unaware of that.  And why should they be aware.  The owners are all billionaires and players earn on average $4.4-million per year.  Shelter in place is not much of an inconvenience when you made more money last season than 95% of Americans will earn during their lives.

Why is this different for baseball compared to football, you might wonder.

Baseball has a problem that doesn’t exist for the NFL.  Actually, there are a bunch of differences between the leagues, but let’s stick with the one that can cause direct financial problems for franchises, and that is the decision each season ticket holder makes to write a check – or not.

Season tickets for NFL games cover 10 games – eight regular season and two preseason games.  In baseball, there are 81 contests.  That disparity in number of events elevates the cost of tickets.  If you buy two season tickets (not great seats) to watch your favorite NFL team, you can cover it with $1,000.  For Chicago Cubs baseball, you’re talking more than $10K for bleacher seats.

I’m speaking from experience.  We bought Cubs season tickets for three years – four bleacher seats for nights and weekends (62 games).  For the first year, the Cubs treated me like a valued customer.  Second year, the price went up 20%, and the amenities ended.  Third year, another 20% and utter indifference from our ticket representative.

The decision to not send another generous chunk of cash to the Ricketts Family prior to the 2018 season was relatively easy.  I’m sure the Cubs quickly replaced our investment with another fan who craved Cubs baseball.

The scales for businesses and fans who invest in tickets need to continue to tip ever so slightly in favor of renewal, or fans taken for granted by franchises like the Cubs are going to decide to keep their money or spend elsewhere.  Stadiums will be mostly empty, and not for fear of Coronavirus spread.

That’s why it’s of grave importance that MLB owners and the players union don’t view this as an ordinary moment in a negotiation, but an opportunity to validate the hope among fans that we are all in this together; that we share a craving of a return of something normal in this time of chaos.

Protracted and acrimonious negotiations give fans yet another reason to unplug from baseball, and I’m afraid the pendulum may never swing back.  Games are too long, commercial messages inundate us, and concessions are insanely expensive.  Around every corner is another ownership driven contrivance to separate us from our cash and no one seems concerned with how off-putting that can be.

The Cubby Bear is a bar immediately across the intersection of Addison and Clark Streets from the giant red marquee that welcomes Cubs fans to the stadium of their childhood.  There is no cover charge on a game day, and beers are a reasonable $5.  At some point, fans are going to decide $72 tickets and $11 beers is a price too high for the privilege of watching a slow game in a park owned by a family primarily interested in profit with dugouts chock full of selfish millionaires.

That’s a problem for baseball.  The question is not whether there will be baseball this summer; it’s whether owners and players are smart enough to avoid causing their own long-term demise in order to get there?