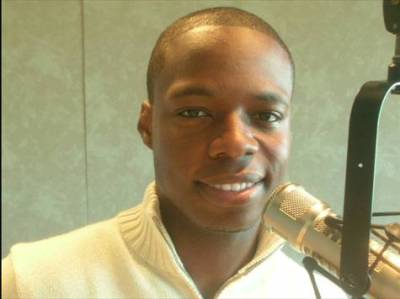 You can read what I write, or just scroll to the bottom for the good stuff from Michael Grady.

They were wrong because this is a time for each of us to ask the uncomfortable questions of how am I wrong, how can I be better, and how am I part of the systemic problem of racism in America.

This is not the time to talk about how smart, loyal, diligent, resilient, and right we are.

The problem of racism cannot be fixed by white people digging in their heels and telling blacks they “need to pull themselves up by their bootstraps” when times are tough.  There has been plenty of that for the past 150 years, and here we still are.

Racism has been a shameful and significant portion of America’s quilt for centuries, and evolving toward its end requires a change in attitude by whites, not blacks.  The game has been rigged against blacks forever, and the game’s rules need to change.  That requires a change in each of us.

Listening needs to become a serious part of that change.  It’s time white people stopped extolling their virtues and participated in a solution that shows the respect blacks are due, and that respect starts with paying attention.  That engagement needs to occur consistently – not for a day, week, month, or year, but forever.

This is not the time to chant “All lives matter” because white lives have ALWAYS mattered.  If you are white, you have never experienced a moment when you felt marginalized or depressed by a system created to keep you from succeeding.  Have you ever been pulled over by a policeman just because of the color of your skin?  Have you ever been passed over for a promotion because you were white.  Have you ever heard muttering about your presence because you were white?  If you are black, these are longstanding and miserable realities.

Human beings love to hear how “great” we are.  Americans love to cheer their country as the “greatest in the world.”  Pacers coach Nate McMillan made his feelings known about a “great” America in a statement released on team letterhead earlier this week, “America can and should live up to the standard of Great,” it reads in part.  “We all can and should be proud to call ourselves Americans. A great America is not something people of color have ever known, and it’s time to change that.”

The time has come for white Americans to stop patting themselves on the back, and start looking for ways we can purposefully evolve toward being better version of ourselves.

Instead of dismissing blacks as weak because of self-victimization, we should listen to their perspective – really listen.  That’s when understanding and growth can begin.

You know what’s weak?  Extolling our own virtues because of measurables that have nothing to do with the quality of our character.  Weak is pretending you have already won a race when life is not a race to be won, but a series of daily challenges to become the best and most caring versions of ourselves we can.  Weak is planting your flag and setting up camp atop a mountain of self-righteousness instead of venturing to other hills where you can help others find their path.

Because of a confluence of strange events – the cancellation of everything because of Coronavirus and the subhuman murder of George Floyd – we have both time to reflect and outrage needed to take a big step forward toward understanding the stupidity of blathering our tainted truths rather than listening to how they have affected blacks for 350 years.

That’s why Drew Brees apologized for what he said on Instagram, and that’s what was communicated by Michael Grady to Big Joe yesterday in one of the best 24 minute segments ever heard on 1070 the Fan.

Because he says it more eloquently than I could ever write it, here’s a link to the podcast of Michael’s comments:

2 thoughts on “Why were Drew Brees and Big Joe Staysniak wrong? Here’s my answer – and Michael Grady’s eloquent call for empathy”