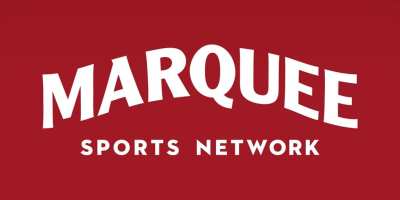 To watch or not to watch – that is the question.

Baseball’s resumption in one month presents a huge question for Cubs fans.  Do we trust content providers like Comcast and YouTube to get a deal done with the Marquee Network, change providers, or forego Cubs baseball for the 60-game sprint to the playoffs.

I have been without televised Cubs games for only a short unhappy period of my life in the late 1970s, just prior to the quick spread of cable television that brought WGN-TV to southern Indiana.  It was a difficult period that was made a bit more tolerable by a radio station in New Albany joining the Cubs Radio Network.

Since then, the combination of Comcast Sports Chicago, WGN, WNDY, and WISH-TV have made Cubs baseball easy to watch virtually every game of every season wherever I lived.  Now, the Cubs have taken their product in house, and they are playing hardball with networks, holding firm on price to maximize their investment.

Baseball will return July 23 or 24, so providers and Marquee have one month to test each other’s resolve or risk alienating fans – which seems to have become a hobby of Cubs owner Tom Ricketts.

As it stands right now, Hulu and AT&T carry Marquee, which has filled time over the last three months with showings of old Cubs games and documentaries about the Cubs.  Comcast, YouTube TV, and Sling have decided to hold firm on costs for their customers by refusing to pay Marquee’s price.  Marquee does not offer an OTT option where subscribers could pay $9.95 each month for a standalone app.

Now I’m quite agitated by nonsensical negotiations between Rob Manfred and Tony Clark that meandered to an utterly predictable conclusion on Sunday, but I’m not certain I am agitated enough to make a spite-driven decision to avoid Cubs games this season.

I am being forced by the Cubs unending greed to negotiate with myself – a summer of baseball hanging in the balance.

My brain is sitting across a conference table from my heart demanding I see the wisdom of ignoring my love for the Cubs in favor of financial health, and my heart whines about a half century of loyalty to a team through thick and thin being held hostage for a measly $5 monthly upcharge.

Changing providers would be a pain in the ass, and ultimately more expensive.  Right now, I pay $49.95 per month for YouTube TV and another chunk of cash for Comcast high speed internet.  I could keep Comcast and switch to Hulu for an additional $5, or switch both TV and internet to AT&T and save money in the short term while facing a serious hike down the line.

Cubs fans in Chicagoland and throughout the midwest are having that same internal argument.  The answer for many will be determined by the level of animosity felt for how MLB owners have handled this recent labor discord, and more specifically our lack of tolerance for Ricketts’ unquenchable thirst for our cash.

This is a big decision, not just for Cubs fans but for Ricketts too.  A full summer without the Cubs will make it much easier for fans to stay away from the Marquee Network AND Wrigley Field in 2021 and beyond.  Free TV has been an incredible marketing tool for the Cubs since the 1950s.  That era has ended, driven by a need to leverage every penny possible out of fans’ loyalty to their team.

So what do we do?  The deadline for our negotiations comes one month from today.  The yelling in my brain has just started, and I’m already tired of it.