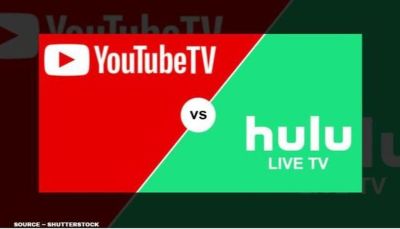 I made the switch from YouTube TV to Hulu Live yesterday, and here are some thoughts about differences between the two services:

Price – Hulu $54.95 vs. YouTube TV $64.95 – This is what caused me to switch.  YouTube TV is bumping its price by $15 next month to cover the cost of adding a CBS owned package of networks that include MTV, VH1, CMT, BET, and four others.  I have not watched any of them since the 1980s, so I’m not enthusiastic about paying the upcharge.

Picture – For some reason, Hulu is clear and bright on my TVs.  It’s not a deal-breaker to have a softer picture as my eyes adjust to whatever it is watching, but if Hulu allows me to get the best picture out of a TV I probably overpaid for, I won’t argue.

Network selection – Hulu has Marquee featuring Cubs games and most of the sports networks I want.  YouTube has the sports I need, minus Marquee.  Otherwise, of the other networks I watched on YouTube, Hulu is lacking AMC and Sundance.  AMC is going to be a problem at some point because Better Call Saul is a great show I will not miss.  It’s not available a la carte, so that will become a problem to solve in several months.  Neither has the NFL Network, and I would love that, but both are equal there.  NBA TV is only available on YouTube which is a bit of a bother now that I’m a Hulu subscriber.

Guide/Interface – YouTube allows customers to manage their guide however he or she chooses – alphabetical, clustering by type (sports, news, locals, movies, etc…), by how often you watch, or any other way you like.  Hulu has a “My Channels” tab where favorites can be housed.  YouTube’s guide is easy to manage.  Hulu’s is not.  This difference kept me from switching a few months ago when my son recommended I pull the trigger.

Storage – YouTube allows unlimited storage, while Hulu provides only 50 hours.  This is an issue for some, but not for me.  I rarely record because I view recorded content as an appointment I must keep – something I HAVE to do instead of something I CHOOSE to do.

Fubo and Sling are other services I considered, but Fubo’s does not have ESPN Networks yet, nor Marquee.  The pricing is also complex.  Fubo has the NFL Network, but that is but a big enough plus to force me to reconsider.  Sling seems like the Kmart of TV apps in that if I subscribed I would have immediate buyers remorse, like everything I have ever purchased at Kmart.

None of the services are perfect, but I couldn’t just allow YouTube TV bump its price for content I will never consume without consequence.  Hulu was the best of the bunch for me right now, but I have heard that CBS will try to force Hulu to add the same networks it has compelled YouTube to carry, which will result in a similar bump in monthly cost.

At that point, I may decide to shop at Kmart as I will not pay $15/month for content I will not use.