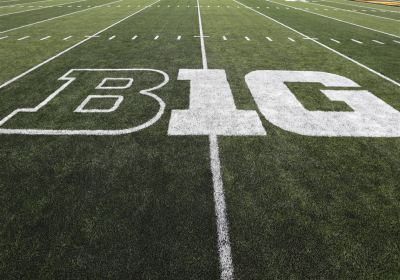 “Never rush to solve a crisis,” is a quote that should be hanging in the office of every manager, coach, and department head, and the Big 10 is on the precipice of violating that immutable tenet.

Big 10 presidents are meeting this morning to decide how to handle the building storm surrounding the decision to play or cancel the college football season this fall.

Why hurry into a commitment to cancel?  What is gained?  If a decision to cancel can be made three weeks from now, make it then when more information may be available to guide a reasonable and safe policy.  Is it likely the information will change?  It’s changed a hell of a lot during the five months since sports went on its extended hiatus.  I remember Dr. Fauci saying that masks were not effective in preventing the spread of COVID-19.  That changed.  Maybe nothing will change.  We don’t know,

What I do know is that once the announcement to cancel is made, there is no unhinging that bell.  So why ring it before it has to be rung?

This is a substantially important decision for many reasons.  The economies of the athletic departments and college towns are substantially driven by football.  Universities don’t print money, and without the media cash from football, sports and amenities might be liquidated.

Wisconsin athletic director Barry Alvarez estimated the loss of revenue to his department will top $100-million if the season is scrapped.  That money will not be replaced by a presidential executive order.  It will just be gone, and there will be adjustments made because of that loss.

In the end, this cancellation may affect the health of football players, but definitively has hideous tentacles that reach into many other areas of athletic departments, universities, and towns.

And one of the most difficult aspects of the decision to play or cancel is the assessment of whether players are safer as football players involved in a season instead of normal students who are left to roam the campus unfettered around each other in dorms, frats, and apartments.

If it makes sense to cancel the season, does it make sense to allow students back on campus where their natural tendencies will cause them to enjoy time together in close proximity, where COVID can also be transmitted.

As much as this decision appears to be a clear cut evaluation of health versus economics, it is much, much murkier with consequences and benefits lurking everywhere.  This decision requires great thought and deliberation, so why not take the next three weeks to try to figure out a way to more forward with the season in a way that makes sense.  Why not use the time to see if a path to play exists that might preserve the positives of a college football season while mitigating the negatives?

If there is no downside to waiting to make the call to cancel, why not postpone it and try to create an upside?

Sometimes a crisis needs time rather than than action.  The Big 10 should take its time.