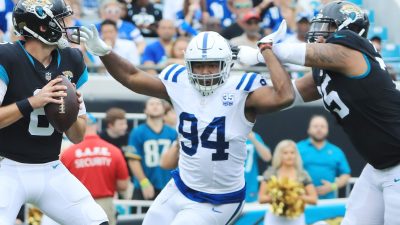 The Colts were back to work this morning trying to elevate the level of play that led to a disappointing 7-9 record last year.  High priced free agent Philip Rivers, DeForest Buckner, the guy for whom they traded the 13th overall pick, and Chris Ballard’s fourth draft class will help them make strides from without.  The rest of the improvement will have to come from within.

It’s early, really early, to make any wild declarations of massive leaps toward a championship run, but there were obvious takeaways from the last two days.  Today was a much better day than yesterday to get a look at the Colts.  The weather forced the work indoors and the media gets to watch from the sideline rather than the end zone outdoors.

Here are nine declarations about the Colts as we look forward to another morning of work tomorrow:

Like I wrote earlier – only 26 days to the opener.  So far, so good for the Colts.