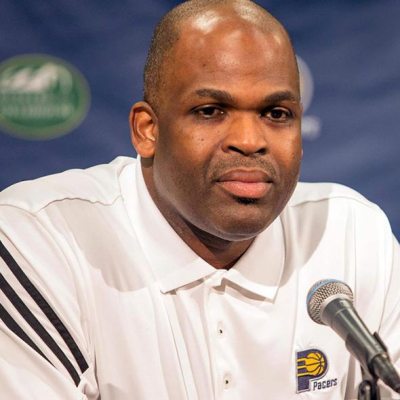 Nate McMillan was a success in the regular season, but failed in the playoffs. And so he is now a former coach of the Pacers.

The Indiana Pacers decision to fire Nate McMillan is shocking.  Maybe it shouldn’t be, but it is.

When news of the firing spread at Colts practice today after a tweet from Scott Agness, the first response was disbelief.  Then, it was agreed this was a very un-Pacers thing to do.  This is a franchise that has never won an NBA title, gone to the NBA Finals once, and has been satisfied with a whole lot of good, very little bad, and a small sliver of great.

The Pacers press release announcing the termination grimly pointed out McMillan’s 3-16 record in the postseason – including three sweeps.  That isn’t good, but there were circumstances beyond McMillan’s control that led to the losses, including the debacle of a sweep at the hands of the Miami Heat that concluded less that 48 hours ago.  That’s usually enough to earn the benefit of the doubt from owners who detest chaos.

Speaking of chaos, McMillan has dealt with his share over his four years as coach.  Each year brought significant roster turnover and Injuries.  Here is a very incomplete list of lowlights:

Dealing with adversity is a big part of being a coach, and the Pacers being swept in their last two opening rounds despite exceeding expectations in the regular season shows McMillan was unsuccessful in adapting to player availability issues when it mattered most.  While no clear-headed NBA fan expected the Pacers to beat the Heat in their seven-game series, it was expected the Pacers would be the aggressor in more than one of their 16 quarters.

Was the Heat series so grotesque that the Pacers brain trust decide to pull the trigger, or is this change an acknowledgment that migrating to the modern offense favored by calculus students is needed to compete against the early adopters.  Who knows?

Did players – or a player – come to team president Kevin Pritchard and general manager Chad Buchanan demanding a change, did owners Herb and/or Steve Simon call Pritchard with frustrations about their team’s postseason miseries, did Pritchard and McMillan have a fistfight in the lobby of the Grand Floridian Hotel at Disneyworld, or maybe a more mundane scenario played out that led to McMillan’s ouster.  Whatever the cause – he’s gone and not coming back.

Did McMillan deserve the ax?  Somebody in a position of power within the organization thinks so – as they tend to every three to five years (no NBA coach has made it beyond five full seasons, and the last to be dispatched after less than three full seasons was Bob Hill in 1993).

Rumors have already begun to abound who might replace McMillan, but be very careful who you listen to.  Agents for every unemployed coach will plant rumors with journalists that they might be the choice.  That’s what agents do – creating a market where there might otherwise be none is part of securing a contract extension or a broadcasting deal for clients.

There are other jobs available too, so there will be significant competition for the leaders who may or may not be available.  The Brooklyn Nets, Chicago Bulls, New Orleans Pelicans, and Philadelphia 76ers are all coach hunting too.  That will affect availability and the price the Pacers will need to pay for their man, who will be the next coach to be replaced in anywhere between three and five years.