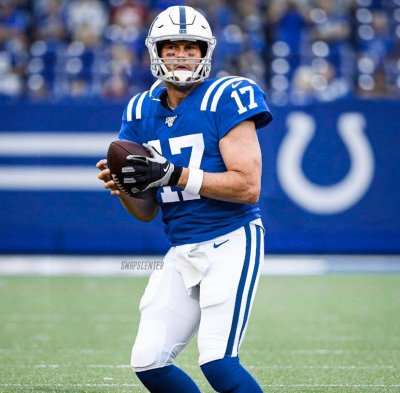 Colts fans were disappointed by the loss in the opener, but as soon as Rivers threw the second pick, the game was over.

Winning in the NFL is entirely dependent upon the quality of a quarterback.

That’s so simple it defies belief.

There has to be more to winning games than quarterback play, right?  Defense has to count for something, doesn’t it?  Coaches constantly talk about all three phases, and how it takes the best 53 players have to win games.  Are they nuts?

No.  Blown tackles and coverages, idiotic penalties, and missed kicks cost teams games, but nothing is MORE important than quarterback play – and that is not a great thing for the 2020 Indianapolis Colts.

Let’s take a look at the best quarterbacks in the game.  There is a current glut of NFL QBs who have been starters for their their teams for more than a decade.  How have their teams performed over the last 10 years?

There are two teams that have not dealt with a losing season over the last 10, and a child can guess that one is the New England Patriots.  It will surprise few that the Pittsburgh Steelers are the other.  They have been led by first ballot hall of famers Tom Brady and Ben Roethlisberger.

How about the Seattle Seahawks?  Since Russell Wilson became the starter in 2012 – relentless  winning has followed.  Wilson’s worst record was 9-7 in 2017 – the only year the Seahawks have missed the playoffs during his career.

Let’s turn our attention to the Colts because reciting the stats from better teams with better quarterbacks depresses me.  In the last nine seasons, the Colts posted a perfectly mediocre 72-72 record.  With Andrew Luck as the starter, the Colts are 53-33.  Without him, the team’s record has been 19-40 (including Sunday’s loss to the Jaguars).

Without Luck, the Colts have turned to Philip Rivers as their franchise QB.  The hope is that Rivers will be an improvement over Jacoby Brissett, who led the Colts to a 7-9 record last year.  Even a one-game improvement could lift them into a wild card berth.  But is Rivers the guy to get that done?

We saw Sunday what Chargers fans have lamented for the past decade – excellence interrupted by bizarre lapses of judgment leading to interceptions – which bring losses.  Over the last 10 seasons with Rivers starting every game, the Chargers put together a 77-83 mark with two trips to the playoffs and just one season with a double-digit win total.

To be fair to Rivers, let’s not compare him only to future hall of famers.  Because the goal for the Colts – as owner Jim Irsay tells us – is championships, let’s dig deeper and compare Rivers record to every QB who won a Super Bowl since 2003.  How many times have those quarterbacks thrown two or more picks, and what are their records in those games over the last 10 years?

What have we learned from this little exercise?

This isn’t meant to depress anyone – including Rivers!  It’s just a reminder that expectations for the 2020 Colts must be ratcheted back a couple of slots into the 9-7 range because that is who the quarterback is.

One thought on “Winning is all about quarterbacks how QBs avoid or overcome errors; Philip Rivers hasn’t done it, so Colts are unlikely to”