“Know the rules well, so you can break them effectively.” Dalai Lama 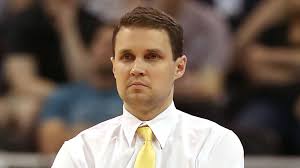 No list of the worst human beings in sports is complete without LSU’s Will Wade at the very top.

I doubt the Dalai Lama was talking about college basketball when he came with that bit of wisdom, but coaches sure seem to have heard it.

The rules are being broken, and nothing is being done about it.  SI’s Pat Forde had a nice piece yesterday detailing the anger from some coaches, especially within the SEC.  Coaches cheat without meaningful immediate consequence because schools and rogue coaches have decided the rewards are greater than the consequences.

Like all intellectual doofuses, the bigwigs at the NCAA, in concert with presidents of its member universities, have devised an enforcement system so complicated and labyrinthian that it rivals their ridiculously thick rule book.  To the smartest men and women in the room, and all university presidents believe they are the smartest person in the room (even when the room is filled with university presidents), more is always better.  So instead of creating a simple route for a violation to be punished, they have added layers of bureaucracy that allow known cheats to operate for years without repercussion.

The result is rampant cheating, including payments by head coaches to players.  LSU’s Will Wade has been accused of paying many players, and is heard on wiretaps released to the public talking about a “strong ass offer” he made to one.  His peers believe him to be guilty.  People within the SEC believe him guilty.  Hell, anyone with a brain believes he is guilty of this third rail offense that should result in a swift ban from his profession.

Indiana’s Kelvin Sampson made impermissible phone calls in 2007, and was quickly hit with a five-year show cause order by the NCAA.  Wade is believed to have paid student athletes out of his own pocket, and he is still coaching at LSU three years into a six-year, $15 million contract.  Of course, Indiana showed a modicum of class in self-reporting the violation, while LSU sits on its hands waiting for the NCAA to sweep up its mess.

Many of Wade’s peers feel like fools because they follow the rules, lose out on recruits, lose games, and finally get fired.  Wade continues to get paid handsomely for doing the wrong thing while achieving the right result.

Among the many shames of the NCAA’s unwillingness and/or inability to police the rogue actors of college basketball is that the primary purpose of college is to instill lessons that will serve students for a lifetime of success.  Sadly, the chief lesson of college hoops is that a society’s rules and laws have importance only when consequence outweighs reward – and with the NCAA, there is no consequence.

Doing the right think is punished by the loss of a career built on respect for rules, while pirates continue to feather their nests through brazen violations and dares the NCAA to grow a pair (or simply do its job) and do something about it.  It’s as though college basketball coaches read a book about Chicago’s gangsterism of the 1920s and decided that sounded like the right play.  Wanton corruption without righteous cops equals great wealth, right?

The NCAA exists as a shield for venality, not as a corrective device, and coaches are adapting quickly.  People thought the federal probe into college basketball was going to finally put crooked coaches, shoe guys, and street agents out of business.  The opposite has happened.  They have been emboldened, according to Forde’s post.

Coaches understand they need to cheat to compete.  They have families who need to eat, pride, and a loathing for losing, so they adopt the methods of those to whom they they fear losing.  And the NCAA sits idly by – condoning through its inaction what it publicly condemns.

Who are we – or the NCAA – to argue with the Dalai Lama?